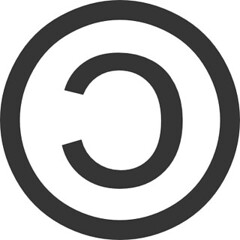 Copyleft is one of the 20th century's most important technological achievements, on a par with computers and the World Wide Web. There, I've said it.

These thoughts are uppermost because I'm reading Free Software Free Society: selected essays of Richard M. Stallman. rms, as he is affectionately known, is the progenitor of GNU, the founder of the Free Software Foundation and the relentless champion of Free Software. I was also prompted in the cogitation department after chancing across a BBC news article on the Google Chrome OS preview, which stated:

“They said they had chosen to release the code and the designs for the system because it was based on other open source projects including the Linux operating system and the Ubuntu distribution of it.” [my emphasis]

Er, not chosen. Legally obliged. I'd like to think it was the BBC's slack reporting (obviously ZDNet's coverage was far more thorough!) but there's a sneaking suspicion that it was some power-crazed Googlopoly PR slip-up.

From my microcosmic perspective, I can see two problems with Google and Free Software:

Firstly, there is the issue about web applications being proprietary, an issue which Canonical, the company sponsoring Ubuntu GNU/Linux, had to deal with pretty quickly in the face of fears from the Ubuntu community over it's Launchpad service. The whole of Google Chrome OS is based around web apps. Out of the proprietary PC frying pan and into the proprietary Cloud.

Secondly, there is a worry about Google "leveraging" it's economic might to demand hardware requirements for the new OS. Of course you can understand why they are doing this -- any Chrome OS netbook will be umpteen times faster than an equivalent Windows Immobile device. But will this also lock out other Linux distros?