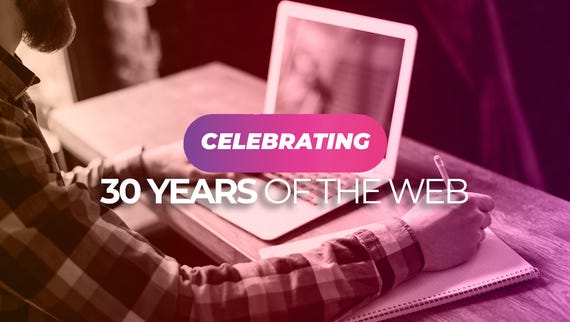 In March 1989, Tim Berners-Lee submitted a proposal for an information management system to his boss, Mike Sendall. Sendall's reply? "Vague, but exciting." We know it today as the web. We've come a long, long way since then.

Berners-Lee wrote, "Suppose all the information stored on computers everywhere were linked. Suppose I could program my computer to create a space in which everything could be linked to everything." We, of course, don't have to imagine this. We live in that world.

The idea of a universal, easily accessible, internet-based knowledge system wasn't new with Berners-Lee. You can trace it back to Vannevar Bush's "As We May Think" article in July 1945. Personally, I think Ted Nelson's 1960 Xanadu hypertext vision had even more influence on how the web would turn out. Later, Apple's HyperCard gave us a hypertext system that might have beat Berners-Lee to the web... except HyperCard was totally network unaware.

CNET: Web's creator offers a message of hope for its future

So it was that Berners-Lee turned the hypertext dream into our web reality. In October 1990, Berners-Lee used Steve Jobs' NeXT machines -- the BSD Unix-based computers that are Apple Mac's most direct ancestor -- to create the first Web server: info.cern.ch.

By December 25 1990, Nicola Pellow, a visiting student at CERN, created a simple text-based browser. During 1991, the first real data, the CERN telephone directory, was put online and the WorldWideWeb was made available to other CERN users.

During the next few years, the WorldWideWeb slowly spread through academic and research communities.

That's where I came in. I wrote the first review of the Web in April 1993. I said, "World-Wide Web (WEB) is still a development project, but it is publicly accessible and it provides Internet information hunters with greater power. WEB brings hypertext to the Internet."

I concluded, "Alas, for now, WEB remains mostly potential. The WEB server is only available by telneting to info.cern.ch or nxo01.cern.ch. Its full hypertext informational resources are limited at this time, but they are growing. WEB is the informational wave of the future."

Boy, did I ever underestimate it. The web became a tidal wave that would sweep aside such online services as AOL, CompuServe and Genie. None of us knew then that the web would transform the world. 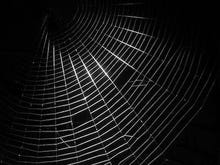 7 things you probably don't know about the hidden 'deep' web

The deep and dark web may have a reputation for the illegal and illicit, but it can be a lifeline to many in oppressive and dangerous regimes.

The early web was also very difficult to use. For example, then the most popular end-user operating system was Windows 3.1. It came without any TCP/IP support -- the Internet's fundamental networking protocol.

To connect with the Internet you needed the notoriously difficult to use Trumpet Winsock program. Even after mastering Winsock, connecting was a real pain.  At best you used a then state of the art V32bis modem -- with a top speed of 28.8Kbps -- to hook up with your local Internet Service Provider (ISP). Connection made, you still had to master a web browser. As I wrote in 1994 about the first popular web browser, "Mosaic is in no way, shape or form a program designed for everyone to use, but anyone who loves computing will enjoy it."

Now, we get vexed if our connection drops below 10 Mbps anywhere on the planet. The web browser, as Google has shown with its Chromebooks, is all the interface we need for most kinds of computing.  We expect to be connected at all times. The web has become as essential for modern life as electricity.

We've also moved beyond counting the many benefits the web has delivered to counting the annoyances it has brought us. As Berners-Lee said a few months ago, he used to think that "If you connect people together and keep the web free and open, then people could do good things -- what could go wrong?"

We know the answer to that. Berners-Lee continued, "Well, looking back, all kinds of things have gone wrong since." These include: Fake news; the loss of privacy; personal data abuse; and a 1984-like world where people can be profiled and manipulated. The freedom of the internet is being subverted into tyranny.

Moving on to the next generation of the web, it's up to us to make a web that fulfills the dream of the internet rather than its worst nightmare.