'There's a culture that works against women': Changing the face of tech startups 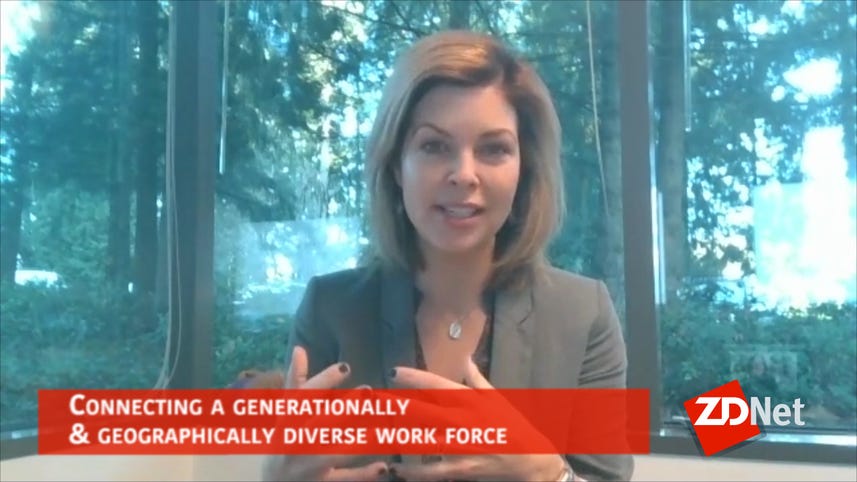 Condi's work is carried out through Led By Her, the Paris-based, non-profit organization she founded in 2014, which is run with the help of more than 200 volunteers.

Although the World Economic Forum (WEF) recently reported a widening global gender gap and gender workplace equality unlikely to happen until 2034, the situation is gradually changing, especially in France, as a result of organizations like Led By Her. StartHer, previously Girls in Tech Paris, is another NGO making a difference for women in tech, as is Femmes du Numérique.

The statistics speak for themselves. McKinsey's report shows that women represent 50 percent of the global population, but create just 37 percent of GDP. There are 22 percent of women in parliamentary roles and 25 percent in management positions.

Women Who Tech reports that only seven percent of investor money goes to women-led startups, and 11 percent of Silicon Executives are women.

Condi's desire to educate women to become entrepreneurs led her to bring together the expertise of top French school IESEG and the ESCP French-European business school, as well as multinational companies such as Dell, Axa, Orange, and Starbucks, to create a nine-month program of entrepreneurship courses, mentoring and events.

Out of hundreds of applications each year, up to 30 women, aged between 25 and 60 years, are selected to take part cost free.

"It's intense, because what we're seeing is the life transformation we believe is the key to entrepreneurship," she explains. "We can't control whether anyone is going to become an entrepreneur. There are so many other factors in life beyond what one wants. So, we first want them to be transformed and build a project, and if the two happen, then great."

To raise awareness of female entrepreneurialism, Condi speaks all over the world and is involved in many high-profile events.

One of the most recent was the fourth Project Improbable, which showcased contemporary art produced by Led by Her's entrepreneurs, who as part of their training are taught the methodology behind entrepreneurship through the artistic process.

"Four years ago we held the first Project Improbable in the courtyard of a small Parisian atelier and 15 people came," she says. "In January, hundreds of people shared the moment with us at the Pompidou Centre, surrounded by the greatest works of contemporary art."

The ability to take a small project, plant it like a seed, and watch it grow into a head-turning event of national interest is a skill that Condi brings to every aspect of her work at Led By Her.

Condi hadn't always intended to devote her life to women's rights and entrepreneurship. She graduated from Harvard with the highest honours in French literature and 16th-century history. While studying, she also ran a program for the homeless for which she won Harvard's Ames award for leadership and change to the community.

After taking a Master's in international political economy from Sciences Po and the London School of Economics, she worked for the European Bank for Reconstruction and Development.

"This gave me a really good perspective on different projects and sectors, and I saw that women were facing problems everywhere," she explains.

"I became convinced we lived in a crucial era in which we had to create proactive measures to create equality or else it would never emerge by itself."

She saw the need to bridge a gap between talking about women's entrepreneurship and women's rights. "The two weren't being looked at together, and Led By Her offered me that opportunity," she explains.

"For women to advance economically, the whole culture has to advance to allow them to do so, and we're definitely not there yet. The #MeToo and #TimesUp movements have proved that," she says.

"There is a culture that works against women," she continues. "What we saw before was a false image of reality. This is what was really happening."

Condi says women in business have a double challenge because they are fighting to compete in an unfair environment. She is currently writing a guide book for female entrepreneurs that covers the process from idea to project launch.

"It's based on a large series of interviews I carried out with women entrepreneurs and experts, as well as the methodologies we developed with Led By Her," she says.

It will be published later this year, but there is more in the works for Led By Her in 2018. Condi says she will be launching a global platform in May to support female entrepreneurs with Paris-headquartered consultancy CapGemini, which she hopes will take their work to another level.

Through the platform, companies will be able to offer skill-based pro bono volunteer services to female entrepreneurs all over the world.

"The objective is to help as many women entrepreneurs as possible around the world get their project off the ground," says Condi. "CapGemini will sign up its employees first, and then other companies will be invited to have their employees join."

Although WEF's gender gap report showed that Iceland, Norway and Finland fared best, France's 11th place is the highest the country has ever scored. WEF describes France as the "nation with the highest progress towards gender parity", so much so it is now first for gender equality among the world's top 20 economies.

Strategies to combat inequality and discrimination in and outside the workplace are being recognized as making a difference. It's an agenda that is being pushed hard by French minister of state for Gender Equality Marlene Schiappa.

The government's recently-launched strategy to promote gender equality across France will create further change. It draws on the support of 15 companies, including Quelques femmes du numérique, TECH in France, which represents 400 companies in France, and Cap Digital with more than 700 members, mostly innovative smaller businesses in the Paris region).

Part of Condi's strategy through Led By Her and her advocacy work is to break down the divide that exists between personal and professional lives.

Of course, bringing together the experiences of violence from the personal life with the professional life is complicated, but Condi says it is important. "For women to advance, we must recognise who they really are and what their environment is," she says.

"In a world where one-third of women suffer from violence, is that going to be a world that is friendly for women entrepreneurs? No, that's impossible," she says. "If we can't even respect a woman, how can we empower her?"

Women in tech: Why Bulgaria and Romania are leading in software engineering

Women developers may be scarce in the US and western Europe, but Bulgaria and Romania have no such issues.

Workday: Female senior execs speak out on women in technology

SaaS vendor Workday employs four female C-level executives. Listen to their advice on promoting gender diversity and how women can get ahead.

International Women's Day: A plea to the infosec community

It's time for us to evolve, set aside the "booth babe" debate, and look at the real issues surrounding how we deal with each other in the workplace.

Productivity
64% of Americans want a credit card that lessens their environmental impact: Study