I loved my iPad. It was love at first sight, more or less. It appeared to be the perfect device for me and so it has proved to be; my iPad and I have been inseparable.

But now it appears that my love affair with the iPad is ending and not because I am tired of it. No, after three short, bliss-filled years our love is coming to an end because my first-generation iPad is no longer up to the job.

It's hardly breaking news that the oldest iPad model is no longer the centre of Apple's world, of course. In June 2012 Apple announced the launch of iOS 6. And as part of the announcement, it noted that iOS 6 would be available for all iPads — except the first-generation model.

Thus, because my iPad runs on iOS 5.1.1, it can go further. Now this is increasingly a  problem for me and I am not alone; according to Apple, 71 percent of people who have bought iPads are now on iOS 7, the latest version of the operating system. No doubt a fair few of the rest are those of us languishing back at 5.1.1.

How long is the average life of a gadget?

From a certain point of view I really should not complain too much about this. According to a report by analyst Gartner last year, Market Trends in consumer device replacement, we expect iPads, along with other tablets and phones, to have pretty short lifespans. 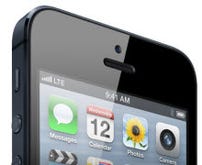 'Apple slashing iPhone 5 component orders': Is it time for shareholders to worry?

Has the shine worn off the iPhone, or is the report that Apple has slashed iPhone 5 component orders by half simply a work of fiction?

This still meant that around half of those surveyed expected their devices to last three years or more. So three years or more for laptops, desktops and so forth seems the expectation but two years or less for iPads and other tablets is their norm.

And yet, if I want to get back to the state of the art I'll need to splash out £579 for the equivalent iPad Air model. I can send in the iPad I have currently and they will recycle it and send me £70, although I could find a better deal elsewhere; these tablets still manage to hold some value and are available on eBay for between £50 and £150.

Now Apple has updated the iPad since I bought mine three years ago. My first-gen iPad doesn't have a camera (although I do — from basic snappers to sophisticated SLRs). So no, I don't need a camera, or a video camera. I don't especially need Siri either. I could get an iPad with greater capacity, but the 32GB in my iPad has comfortably covered all my requirements.

So what else would a new iPad offer me? It would be smaller, lighter and more powerful than my Mark 1, with a better display. Does that sound like it would be worth £579 to you? I am still thinking about it.

What will I miss if I don't upgrade?

The bigger problem is what I will miss out on when it comes to apps, one of the main reasons why my iPad is on its way out. On my iPhone my subscription to The Guardian comes with a cool new interface. Sadly it will not run on my iPad, which is stuck on the older version so I cannot solve the The Guardian crossword. Similarly, I cannot pick up new music stations that need a higher version of Apple's iOS.

Games are an issue too and now are not getting updated. I know that this is happening but once again I only know through omission; it used to be that I would get half a dozen app updates for my iPad every week, but over the past months this has slowed to a trickle, so now I no longer know what I am not getting!

I can understand what is happening. Over time, what for now is a pretty minor irritation will eventually cause me to bite the bullet and get a new iPad.

For me there's another conflict, between the human desire to make a buck and the other desire to save the planet — or at least to safeguard its precious resources. Like most people, I try to go easy on resource, to look after my stuff, to make it last. I am careful about recycling as much as possible.

Last year I replaced my main computer. I had the guts completely replaced by a friend who can do this stuff, and the new stuff went into the old case. The computer I was replacing was six years old.

My other computer stuff — various PCs, tablets and so on — is of similar vintage and here is the irony. The only new stuff I have is Apple. My PCs have lasted five years or longer. My first gen iPad is three years old and is on borrowed time.

What am I going to do?

Do I ditch the old iPad and buy a new one or hang on to it? The answer, it appears, is I should do both: buy a new one and hold on to my old one.

The reasoning behind this is simple enough. I still get a lot of functionality out of my iPad — I use it every day — so I should get a new one to keep myself up to date. The old one can then become the spare that friends can use when they come and visit.

They need to check some emails? No problem. We need to look up the name of that film we have all forgotten the star of? Likewise.

Now that is a good idea, don't you think? Isn't it wonderful how it only took me some 1,000 words to talk myself into giving Apple a few more hundred pounds. Damn, and I was so geared up to being cross with them.

More on the iPad