A human right group activist has been charged with terrorism offenses for failing to turn over his passwords at a London airport.

Muhammad Rabbani, international director at Cage, a group that focuses on investigating human rights, torture cases and other injustices, was charged Wednesday after refusing to turn over his phone and computer passwords at the UK border in 2016. 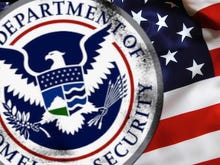 Welcome to the United States: Discriminated, detained, searched, interrogated America may be the land of the free, but upon arrival, millions of visitors cross a legal purgatory at the U.S. border.

Rabbani previously told The Guardian that he had been stopped crossing the UK border "at least 20 times over the past decade" and had refused to turn over passwords before.

In his most recent encounter, Rabbani said he was carrying client-attorney privileged files relating to a case built around alleged US torture, was arrested and held overnight at a police station, then released on bail.

In a brief statement, Rabbani was charged with "willfully obstructing or seeking to frustrate a search" under schedule 7 of the Terrorism Act, a controversial statute that was in 2013 notably used to detain David Miranda, the partner of journalist Glenn Greenwald who was central to some of the NSA surveillance disclosures leaked by whistleblower Edward Snowden.

The law allows authorities to compel a person to hand over passwords to their electronic devices. It's one of a few key disclosure laws that the UK has that can compel anyone in the UK to turn over their passwords. That's in stark contrast to the US, which has constitutional protections against self-incrimination (with some exceptions at the border).

Cage claims that each year, as many as 50,000 people can be arbitrarily held under the schedule 7 powers without any suspicion. Other privacy groups, including Liberty and Amnesty International, have long decried the use of the UK's password-turnover powers.

In a statement on Wednesday, Rabbani said: "Lawyers, journalists, teachers and others who are employed to serve members of the public can all be stopped and demanded to do the same."

"They can be coerced into passing over private information on their clients and beneficiaries without being suspected of wrongdoing. I really do think that any professional faced with the same dilemma would do all that they could to protect their clients' private and personal information," he added.

Cage said in a statement that Rabbani "will be challenging the charges" when he's due to appear in court on June 20.