Full Bio
Posted in Between the Lines on March 22, 2017 | Topic: Innovation

Relying on a satnav to get from A to B "switches off" part of your brain that would otherwise consider taking a different route, researchers claim.

According to a research team from University College London (UCL), volunteers trying to navigate through the busy streets of London entered a different brain state while driving, depending on whether they were using a satellite navigation system or not to guide them.

The study suggests that brain activity increased when volunteers navigated manually and entered new streets, while there was no change if a satnav was involved.

The researchers followed 24 volunteers that agreed to navigate through a simulated drive through Soho in central London while undergoing brain scans. The team focused on the hippocampus, a region of the brain related to memory and navigation, alongside the prefrontal cortex, which is involved in planning and decision-making.

When the study participants did not use a satnav, their hippocampus and prefrontal cortex revealed spikes of activity when the individuals entered new streets, as well as when they made a navigation choice based on different route options.

However, those that were given a satnav to use had no spikes of activity.

"Entering a junction such as Seven Dials in London, where seven streets meet, would enhance activity in the hippocampus, whereas a dead-end would drive down its activity," senior author Dr. Hugo Spiers explained. "Our results fit with models in which the hippocampus simulates journeys on future possible paths while the prefrontal cortex helps us to plan which ones will get us to our destination."

"When we have technology telling us which way to go, however, these parts of the brain simply don't respond to the street network," Spiers added. "In that sense, our brain has switched off its interest in the streets around us."

Previous research conducted by the team back in 2000 suggested that London cab drivers' gray matter enlarges and adapts to help them mentally learn and store a detailed map of the city's streets.

UCL also found that when street systems were laid out in a rational manner, such as Manhatten's grid system, less brain power was required to navigate.

"Our new findings allow us to look at the layout of a city or building and consider how the memory systems of the brain may likely react," Spiers said. "For example, we could look at the layouts of care homes and hospitals to identify areas that might be particularly challenging for people with dementia and help to make them easier to navigate."

The study has been published in journal Nature Communications.

VIDEO: Drivers 'turn off' parts of their brain when using GPS 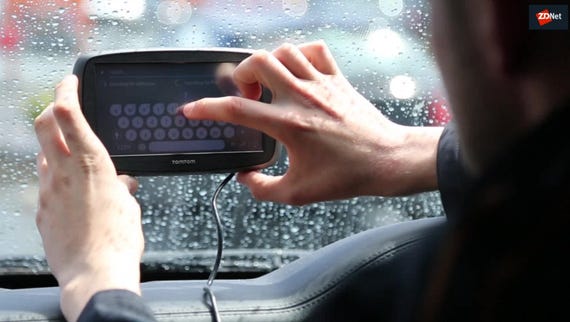 Study: Drivers "turn off" parts of their brain when using GPS
Watch Now

Join Discussion for: Using a satnav switches off part of your...