After a ruling from Europe's top court that Google should remove links to 'outdated information' about individuals at their request, the search giant has opened up an online form for those wanting to be forgotten.

The decision on the  'right to be forgotten' was handed down earlier this month after Google appealed an order by the Spanish Data Protection Agency (AEPD) to remove links to articles about an individual published in a Spanish newspaper in 1998.

The AEPD ruling came after a Spanish national found links to the articles, which contained details about a real-estate auction that was held to settle social security debts, after searching for his own name online. He requested they be removed, as he believed the articles contained information about him which was no longer relevant.

Following the ruling, many other individuals have approached Google to remove links to information about them that they consider outdated. 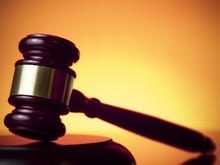 Now, the company has launched a form where individuals can make their 'right to be forgotten' requests online.

The form asks for a user's details, the links to the 'outdated information', and an explanation of why they should be removed.

Anyone wanting to use the form will also need to provide a scan of their photo ID, to stop fraudulent attempts to remove information.

Google notes that the form is just its first try at working out the takedown mechanism, and it will be "working with data protection authorities" to develop it in future.

The company has published no timeline on when users can expect their requests to be dealt with.

"We will assess each individual request and attempt to balance the privacy rights of the individual with the public’s right to know and distribute information," it says.

"When evaluating your request, we will look at whether the results include outdated information about you, as well as whether there’s a public interest in the information — for example, information about financial scams, professional malpractice, criminal convictions, or public conduct of government officials."

Unsurprisingly, the European Court of Justice's ruling was not met with enthusiasm by Google. At a recent annual shareholder meeting, Google's chairman Eric Schmidt told investors the case was "a collision between the right to be forgotten and the right to know".

"From Google's perspective that's a balance… You have to find a balance. Google believes, having looked at the decision, which is binding, that the balance that was struck was wrong," he said.

Join Discussion for: Want to be forgotten by Google? Here's how...