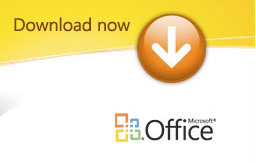 This is my third OSBC, a conference primarily framed around the open source business ecosystem and the often underestimated legal complexities of deploying open source code (this is a business conference, and not a Birkenstocks Free Code Fest).

This year open source is somewhat obscured by clouds public and private: open source is the network, whether at an operating system or application layer of the techie troposphere.

In a world growing increasingly used to the concept of utility computing - on demand software as a service available like electric light when you need it - how the services arrive on your screen is of little consequence unless you have skin in the game as a vendor or integrator.

The vast and growing open source ecosphere, despite the aforementioned cloud cover ('Behind every cloud you'll see the Sun': the cloud cover includes a storm of PR) is continuing to grow in a down economy.

Budgeting realities are making interoperability between the rich offerings of the blue chip keynoters mentioned above increasingly important, while not using open source is increasingly risky to end users as mainstream adoption accelerates.

From my conversations here adoption is often a financial wash when comparing propietary and open source installs and adoptions - the attraction of OS is in the much more granular control of code, control of your architectural destiny and longer term cost savings.

Windows is here to stay - 97% of Novell clients will continue to use the Microsoft operating system for the foreseeable future, said Novell CEO Ron Hovsepian in his SUSE Linux in the Service-Driven Data Center keynote - but cited open source solutions such as Mono for increased interoperability.

The coexistance and in some case collisions between these disparate proprietary and open source worlds is increasingly high stakes, particularly when we get through the worst of the financial storm and strategic business planning starts to rationalize next generation IT infrastructure.

Dion Hinchcliffe picked up on the continuing dialogue around the realities of Microsoft Sharepoint deployments last week: talking to OSBC chair Matt Asay this morning (on video, to be posted shortly for open enterprise 2009) Matt commented on how similar Sharepoint propagation is to the open source model.

Open source relies on making your product easily accessible for down load a deployment to prove utility. The business goal is then to sell support, maintenance and integration help as well as licensing.

Sharepoint is often trojan horsed in 'free' with other Microsoft products and can be used as a shared drive document repository by end users with no financial impact. The vaunted collaboration components in the current iteration are rudimentary, and a partner ecosphere has grown up to essentially use Sharepoint as a database foundation.

Going forward Sharepoint is everywhere, and as future iterations of a cloud oriented Microsoft Office hook into the next iterations of Sharepoint, it seems likely an extensive new walled garden will emerge. How and if this Microsoft ecosphere will allow interoperability with the open source world is a loaded question.

Tactical alliances between open source solutions to Microsoft proprietary competitors and the next Microsoft offerings seem a business certainty of course - or even acquisitions.

Where Drupal and commercial wing Acquia have made spectacular progress in user adoption, as Drupal founder Dries Buytaert discussed in his 'Secrets of Building and Participating in Open Source Communities' session, Microsoft have quietly been making similar progress with Sharepoint.

Whether there will be the same altruism in the Sharepoint community as there is in the Drupal world remains to be seen.