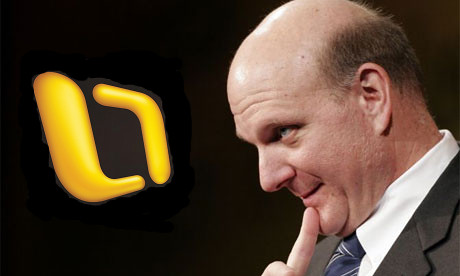 Last week, the hearts of many Mac fans skipped a beat when the Mactopia web page on Microsoft's web site disappeared for several hours. As it turned out, it was just a simple glitch, and in a knee-jerk response to blogger Ted Bishop's inquiry about the health of the Mac Business Unit in general, Microsoft had this to say:

While the group eliminated some positions, the essence of MacBU will not change. We are committed to delivering the industry standard in productivity software on the Mac. We are well under way with development of the next version of Office for Mac, and we recently released a beta version of Entourage for Exchange Web Services and will soon release a private beta of the Microsoft Document Collaboration Companion, both milestones in our product roadmap.

By all accounts, the Macintosh Business Unit does make a decent profit for Microsoft -- with an estimated yearly revenue of approximately $350 million. However, when you look at the big picture, 350 million dollars isn't really a large percentage of Microsoft's annual revenue, which is around 60.4 billion dollars, according to the most recently reported 2008 figures.

In fact, given the current economy, and the stress that Microsoft is now under to retain market share and preserve its bread and butter business -- Windows and Office -- that maybe it is time for the company to reconsider whether or not operating a Macintosh Business Unit is really such a good idea.

We've all heard about the supposed obsession that Microsoft's CEO Steve Ballmer has had for "Killing Google". I think that energy is misdirected -- they should be focusing their efforts on Killing Apple instead and hurting them in their worst time of crisis. I know, it's a reptilian, bloodthirsty, and horrible thing to propose -- to pick on Apple when Steve Jobs is sick and everyone is worried about whether or not the company can weather the economic downturn with its luxury products. Exactly. I propose that you return to doing what you do best, Microsoft -- being bloodthirsty.

I know, I know, Microsoft made a 5-year commitment back in January of 2006 to Apple to continue to produce Office and other products such as Entourage for Mac until 2011. But 2006 is not 2009, at least in terms of it being an environment in which Microsoft can continue to try to be all things to all people, Even Microsoft is no longer immune to the effects of the economy, and that comes straight from the mouth of the company's own CEO, Steve Ballmer.  A large portion of the Microsoft Games unit was recently deep sixed, and there are rumors that the Zune division is also going to be eliminated as well. Sure, one could argue that the Mac Business Unit is profitable and the others are not, but profitable at what cost?

How much revenue and resources does operating a Mac Business Unit cost Microsoft? I would imagine that given the current climate, it's a huge distraction. Those 200-odd employees could be put to work doing other creative projects for the company, in the advancement of Windows and improving other Microsoft products, instead of helping to improve Apple's market share and making life easier for the users who chose to seek out a different platform than their own. How many Windows systems does Microsoft lose to Apple every year because Mac has their own version of Office as a viable alternative? I'm going to say a lot.

Killing the Mac Business Unit would not only help cut costs and improve focus for Microsoft, and create short-term havoc for Apple and the Mac, but it would also have a very desirable side effect -- it would very well cause Apple to re-think its relationship with the Open Source community. By all means, let Mac Office Suites and productivity applications become the Open Source Community's problem -- not Microsoft's. OpenOffice.org 3.0 for Mac is an excellent office suite, and with Microsoft washing its hands of Mac applications, Apple will be forced to become Open Source's new best friend -- something it should have done a long time ago.

Should Microsoft finally pull the trigger on the Mac Business Unit? Talk Back and Let Me Know.