If a nation's land mass were measured by the number of websites using a particular country-level domain, such as .uk, the US would be smaller than Germany.

Furthermore, looking through the lens of county-code domains, the largest nation on earth becomes .tk, or Tokelau, a 10 square kilometer island in the Pacific that's barely visible on a world map.

The New Zealand territory has a population of 1,400 but a whopping 31 million registered .tk domains. 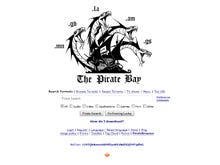 A court has handed ownership of the The Pirate Bay's Swedish web addresses to the country's government.

Why is Tokelau so large? Because in 2006 Dutchman Joost Zuurbier began offering free .tk domains through Freedom Registry, which is now called FreeNom.

According to a CNN report from 2012, there were nine million websites with a .tk domain that year, which reportedly contributed to a sixth of the island's GDP. FreeNom has in recent years set up similar arrangements with Equatorial Guinea, Mali, and Gabon.

Three years ago Tokelau would have featured on the domain-names map as the world's third-largest nation, behind Germany and the UK.

The domain-lens map of the world comes from UK registrar Nominet. In this alternative world, the US, the world's third-largest county by area, becomes one of the smaller nations.

However, it is a distorted view because the map measures the US by .us rather than the default for most US companies, .com, which Nominet excluded since it isn't attributed to any nation. And probably because it makes for a more dramatic map.

If .com's 123 million registrations were included, assuming most of them are registered by US people or companies, it would outsize the rest of the world put together.

However, without .com, other major superpowers include China, which has nearly 17 million .cn domains, Germany, with 16 million .de domains, and the UK with 10.6 million.

But the most radical transformation occurs to Africa's place on the map.

Africa is home to 57 countries and one billion people, but its land mass of 30 million square kilometers, roughly Russia, Canada and the US put together, is reduced to a smudge on Nominet's map.