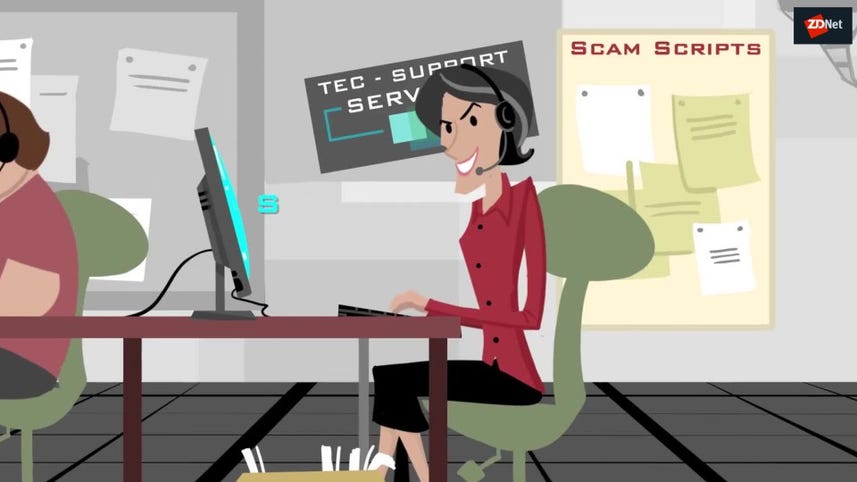 Millennials aged between 18 and 34 years are now more prone to falling for tech-support scams than baby boomers, thanks to deceptive online pop-up ads, according to Microsoft.

If there's one thing people of all ages need to remember about tech-support scams, it's that Microsoft will never initiate technical support communications with customers, whether it's a call, email, or online message. Rather, customers must contact Microsoft first if they have a technical problem.

However, that message appears to have been lost on younger people who are falling victim to new tactics by phony tech-support operators.

Tech-support scams have classically targeted senior citizens in cold-calling campaigns to trick them into paying to fix a bogus security problem, but newer scams are using the pop-up online ads to reach a younger audience.

According to a new survey by Microsoft, the shift in tactics is working. Half the people in the study aged between 18 and 34 years reported "continuing with a fraudulent interaction" after being exposed to the scam.

That figure is much higher than the 17 percent aged over 55 years who reported doing so, and the 34 percent aged between 36 and 54 years who said they continued with the interaction.

Regardless how consumers are reached, Microsoft highlights that the scammers' common goal is to establish a remote session with the victim's computer, which may allow them to install malware, steal personal and financial information, turn off antivirus, or leave software that allows them to access the computer well after the supposed "support session" has ended.

Earlier this week the Federal Trade Commission charged a multinational tech-support company with using deceptive pop-up ads that appear to come from Microsoft, Apple, or an ISP. The ads often freeze a browser and use loud alarms or recorded security warnings, urging victims to call a toll-free number for help.

The US operators had used online affiliate marketers to place the pop-up ads and the marketers receive a commission based on the number of support calls generated, according to the complaint.

Microsoft's study also suggests tech support scammers are focusing efforts on the US, India, and China, where a higher percentage of consumers report losing money to a scam. Twenty-two percent of those surveyed in India reported losing money, while the figure for the US and China was 21 percent and 16 percent, respectively.

Consumers in Australia, Canada, and Europe were less exposed to the scam, with no more than five percent reporting having lost money to it.