Workday is betting that a new revenue recognition standard to be adopted over the next year or so will be a catalyst to highlight financial systems based in the cloud.

When Workday reported its fourth quarter results last month, executives such as Robynne Sisco spent a lot of time talking about ASC 606. In a nutshell, ASC 606 is a new revenue recognition standard that melds international accounting with the US.

You can wonk out all you want on the accounting standard change here and here, but the primary CXO takeaway is that Workday adopted ASC 606 early, was dinged a bit on guidance for the new fiscal year and may have landed a entry to sell Workday Financials more.

By being the first software company to adopt ASC 606, Sisco said Workday was aiming for two constituencies. The first was customers who needed to know they could use Workday Financials for ASC 606. The second one was investors so they could know what it means to Workday and revenue trends.

Workday pulled its billings guidance due to ASC 606 and a few analysts were miffed. Sisco said Workday doesn't look at billings as a key metric internally.

"There is some marketing benefit to it (ASC 606)," said Sisco. "Adopting it early shows the value of a SaaS financial system and the ability to deliver functionality ahead of the accounting change."

What Sisco is hoping is that Workday Financials gets a look from enterprises, who may have already adopted Workday HCM, who are struggling to tweak legacy on-premises financial systems. "ASC 606 may allow companies to realize that this isn't the last accounting change that's going to happen."

We believe many companies will have difficulty accessing their data as far back as necessary and in enough detail to adopt the full retrospective method and will therefore adopt what is known as the modified retrospective method instead. Workday Financial Management functionality also supports the dual reporting under both the old and new standards, which is required under this alternative method of adoption.

To Workday, a bet that potential customers will look at the money they will spend on customization for ASC 606 and consider cloud alternatives makes sense. "We believe a lot of companies will be looking at a wholesale shift to the cloud," said Sisco. 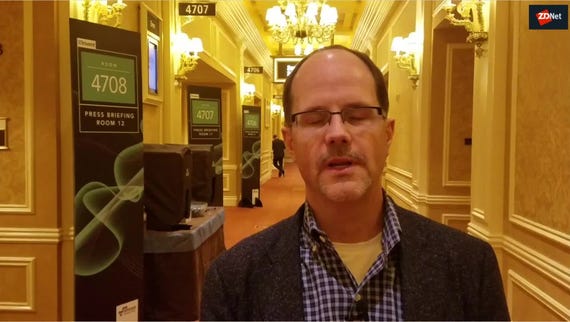