Wotif is one of the most popular online marketplaces for last-minute hotel accommodation in Australia and New Zealand. In this interview, the company's CIO Paul Young talks about some of the important technical and business decisions he has made in order to successfully manage the infrastructure of a rapidly growing Web 2.0 company.
Written by Munir Kotadia, Correspondent on March 5, 2007 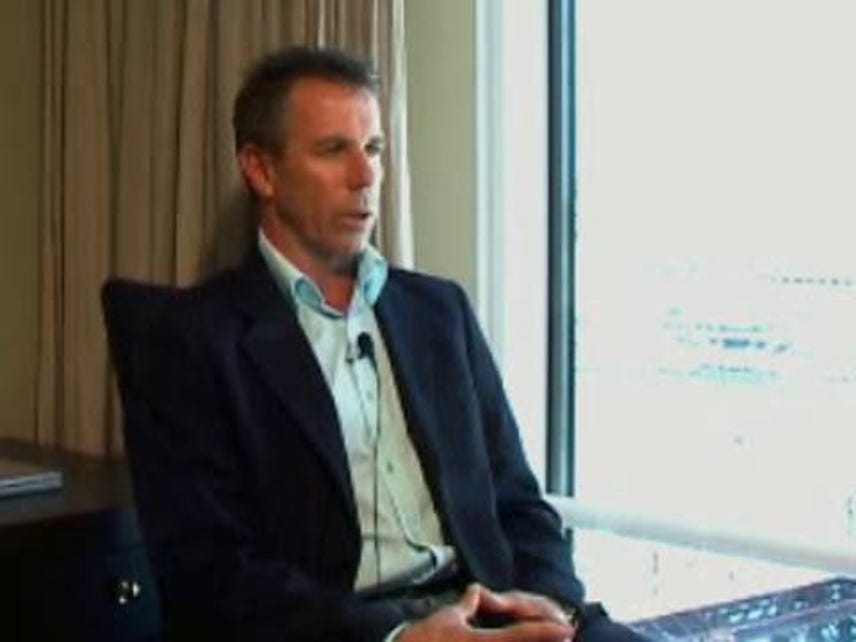 What are the main technology areas that excite you and which ones that you're going to be investing in over the next year?
Young: One thing that we're very interested in at the moment is virtualisation ... one of the things that we've done this year is we've been looking at VMware technology for our testing environment and we've actually installed that.
There's definitely research out there in the hosting companies that show that the footprint of virtualised systems is a lot less power, there's a lot less heat. Therefore, your hosting costs definitely go down. You'd imagine that there would be some economies of scale in virtualising your environments long-term.

So, when it comes to your IT spend this year; do you think you'll be spending more or less than last year?
Young: We will be spending more. I think in our prospectus this year we've forecast that we're going to be spending around AU$3 million on IT development alone in this year. I would imagine with a company that's grown as rapidly as ours -- we're currently experiencing growth rates of about 45 percent a year -- that that IT spend will actually track our growth.

How much of the IT spend actually focuses on security?
Young: Currently between about five and seven percent. So, it's an area of constant concern to us. You have to weigh up security concerns with what you need to do in a rapid development environment.

What do you think has been the most innovative project which Wotif has kicked off?
Young: Strangely enough, it's not so much a technological project; it's basically been the further definition of out enterprise architecture. One of the things that you struggle with when you are a fast-growing company is, "How do you cope with scale? How do you give modularisation to your system? How do you make the right kinds of choices with vendor products?"
Basically what we've done is we've spent a lot of time this year defining what -- at a really high level -- our site needs to be able to do and what are the innovations that we'll need in the future.

Have you looked at outsourcing at all?
Young: Outsourcing is a great favorite topic of mine. It's interesting. I have looked at outsourcing. I think that out in the industry, there's a single mindset about outsourcing.
I think, for me, it comes down to this: if something is your core intellectual property -- that you run your business around -- then, basically, you should try and keep that as close to you as you possibly can.
Then, everything else falls into two different categories. Commodity outsourcing: things that are low-risk that you can go out and get from other people, like buying hardware, hosting services, maybe data traffic, etc, etc. Ancillary services around the end -- where there's a lot of competition out there -- yes, I definitely think we outsource those things.
I think there's one other category that people often miss out, which is what I would call strategic outsourcing. It's partnering with other people that are also leaders in their space and can offer you an innovative edge in your product.
So, we have those sorts of relationships with certain database companies and certain development companies at the moment.

Are open source solutions part of your IT strategy?
Young: When I started at Wotif in 2002, one of the things that I was charged with when I came in was that they had a really great, innovative product. They actually had the architecture, and the software underneath it was actually falling to its knees. So, one of my first jobs was to put in a long-term architecture for doing that.
At the time when I did the study on what was mature out in the industry, there was really only two choices that you could go down which is J2EE at that stage or .NET. And .NET at that point I didn't consider it mature enough to run the business on.
Once we actually made the decision that we would go J2EE, well of course after that then because of my experience at the research center, we decided to standardise on UNIX Linux, Red Hat actually, running underneath it all.
How I would classify that is I think there's a lot of open source software out there but there's not a lot of good open source software out there.
I can use software from other people, wheel it in, and treat it like a module, and plug it in, and if at some later stage it doesn't work, unplug it and put another module in.

When it comes to Web-based technologies, what are the biggest disappointments and the biggest successes you've had?
Young: I think my greatest disappointment and greatest achievements are in the same area. With the new Web 2.0 standards, tools like Ajax and things that you can do development are great. They allow you to do a lot more things with your site.
The problem is that there's still not a total industry standard for the way that they work and how they actually interface.
I think that over time we will see some consolidation in that area. So in essence, tool sets have improved, development is easier to do, and it's easier to track in a larger development team. The downside is there are still some standardisation issues.

What is your opinion on the browser market at the moment? Is it good or bad for you?
Young: I think the browser market is always tricky for Web companies. What a lot of people don't see under the surface with an Internet page is that it actually takes an enormous amount of work to get all the browsers to work.
For all the standards that sit out there, things are implemented in different ways, and things work in Internet Explorer that don't work in Firefox and vice versa. There are other little browsers that come out and cause you all sorts of issues.
I suppose long term this is the dilemma that all software providers are under. Which ones do they support, when do you phase out support for a particular browser, it would certainly make our life a lot easier if there was a lot more standardisation around them.
However, because I'm sort of an open source supporter, I suppose, I use Firefox because I like the ethos behind it all. But in the end I think you need to be able to extract that a Web browser is a Web browser. If they could standardise them it would certainly make our life a lot easier.

Do you think over the next year or two the standards are going to improve or do you think that it's going to get worse?
Young: I think long term that these things will come into a standard because basically there won't really be a commercial benefit to being different to somebody else.
I think that Web browsers themselves are really becoming an abstraction, very much like hardware and an operating system is becoming an abstraction. There's no money to be made, no huge commercial benefit in producing a Web browser, and so therefore the incentive to be different from the standard will go away.

As a CIO, what are your key measures for success?
Young: The funny thing about being a CIO in a rapidly growing Web company is that is a constantly changing metric at the moment. In my early days it would be can I ensure that we have the site available and at speed for a hundred thousand users on there.
These days, I think my key metric is do I provide the capability to the Wotif board to fulfill their strategic plans over the next five or six years? Do I provide them a good return on investment in what I do? What I mean by that is anywhere that your company is maturity-wise there are different pressures on a CIO.
For instance if I was a more stable company with a lower growth rate, I'd be much more focused economies of scale around costs, etc, etc. However, when you're a fast growing company and you're moving into rapid markets, it's about capability and it's about tactical advantage.
It's not to say that we're not cost conscious, but why save two dollars to rob yourself of a twenty dollar opportunity cost down the tracks. So I think I measure myself on what capability do I provide the company to fulfill their long term mission plan.

We've seen Windows Vista being launched. Does that make any difference at all to Wotif?
Young: No, that's made absolutely no difference to us whatsoever. I mean, we would be slow to uptake any major operating system upgrade. I think it comes down to what I've said before: I believe more and more that the hardware like the operating system is an abstraction. If you look at what a lot of people do, they use email, they use a browser, and that's ninety percent of their online life.
So unless there's something revolutionary coming out, what's the critical reason that we would take these operating system upgrades? I don't see it. We'll probably go into Vista at some stage but I don't see any benefit in it at the present.