The boom in Internet of Things (IoT) devices -- especially those ones with poor security -- is going to be good news for spies, according the director of US intelligence.

In his worldwide threat assessment delivered to the US Senate Armed Services Committee earlier this week, Director of National Intelligence James Clapper warned that the proliferation of smart devices with poor security design "could lead to widespread vulnerabilities in civilian infrastructures and US government systems". 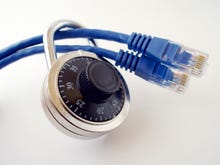 But it's not all bad news, especially if you're a spy: while these badly-designed devices will undermine security, the flip-side of that means "new opportunities for our own intelligence collectors," said Clapper.

IoT smart devices -- from those connected to industrial systems, to thermostats, home security systems, and smart fridges -- are increasing in number. But security is rarely a key consideration (indeed, many of these products have a business model based on gathering information about their users' habits) and this has caused concern about privacy and data integrity.

Clapper said that these devices could be very handy for intelligence agencies, for spying on suspects or stealing passwords."In the future, intelligence services might use the IoT for identification, surveillance, monitoring, location tracking, and targeting for recruitment, or to gain access to networks or user credentials," he said.

It's not hard to think of scenarios where poorly secured devices in the home, from toys with built-in webcams to home automation systems, could be hacked into and used by intelligence agencies to gather all sorts of information.

Clapper also mentions the risks inherent in artificial intelligence in the wide-ranging threat assessment, noting that the implications of broader AI deployment "include increased vulnerability to cyberattack, difficulty in ascertaining attribution, facilitation of advances in foreign weapon and intelligence systems, the risk of accidents and related liability issues, and unemployment".

Join Discussion for: Yes, your smart toaster really will be spying...