In my quest to test the complete functionality of the Apple iPad Pro, the ZAGG Rugged Messenger spent the last couple of weeks commuting and traveling with me. It's a fantastic keyboard and case for the new iPad Pro.
Written by Matthew Miller, Contributor writer on July 25, 2017 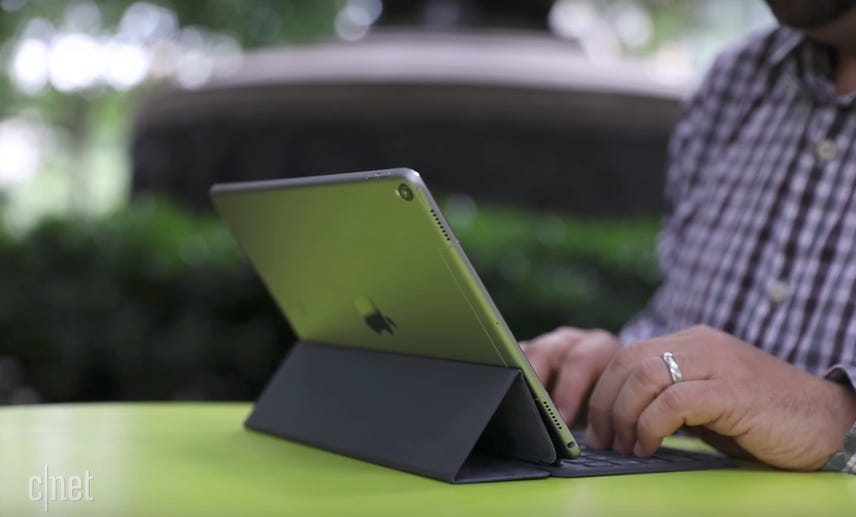 Last month I tested the Logitech Slim Combo keyboard for the iPad Pro 10.5. While the keyboard is functional and useful for productivity, it's quite thick and the $150 price is tough to justify.

For the last couple of weeks, I've been using the ZAGG Rugged Messenger for the iPad Pro 10.5. It is priced $50 less than the Logitech one ($99.99) and I prefer it for several reasons.

Slide your iPad Pro into the top case portion of the combo for protection around the edges and back of your iPad Pro. A mixture of hard plastic and a TPU frame protect the back and edges to a MIL-STD 810G rating of 6 feet. Obviously, dropping your iPad Pro on the display will likely cause it to crack, but side and edge drops may survive.

There are openings in the cover for the camera, flash, Lightning port, 3.5mm headset jack, and mics. Raised buttons for the power and volume are present too.

The bottom piece is the keyboard and back cover that serves as the kickstand for your iPad Pro. It attaches via a very strong magnet in the spine and connects to your iPad via Bluetooth. A fully charged keyboard is rated to last for up to two years between charging.

There is a row of keys above the five typical keyboard rows that serve as the following shortcuts:

There are five rows of keys below this top line with a full number row, directional arrows, FN key, two CMD, Two Alt/Option, and two Shift keys. Use the FN and down arrow to toggle through three brightness levels. Use the FN and right arrow to toggle through seven keyboard backlight colors. The backlighting is more even and bright than what is present on the Logitech Slim Combo.

The keys are well spaced and have solid travel. The wrist support is long enough to be comfortable when used in a number of ways. The magnets are very strong to hold the keyboard to your iPad and also prop up your iPad.

The back piece of the keyboard has three seams in it and folds then slides up and down the back of the ZAGG case to allow you to prop up your Apple iPad Pro 10.5 in several different positions. When you pull the keyboard down from the front of your iPad Pro, your iPad wakes up and the display turns on.

Although the keys may be a bit better designed on the Logitech Slim Combo, the price, Apple Pencil holder, backlighting options, and better use on your lap make the ZAGG Rugged Messenger a better option.