ANZ kicks off smartphone and wearable-based cash withdrawals at ATMs

Customers of the bank can now use their smartphone to withdraw cash from ANZ ATMs, in lieu of plastic cards.
Written by Asha Barbaschow, Journalist on Sept. 18, 2018 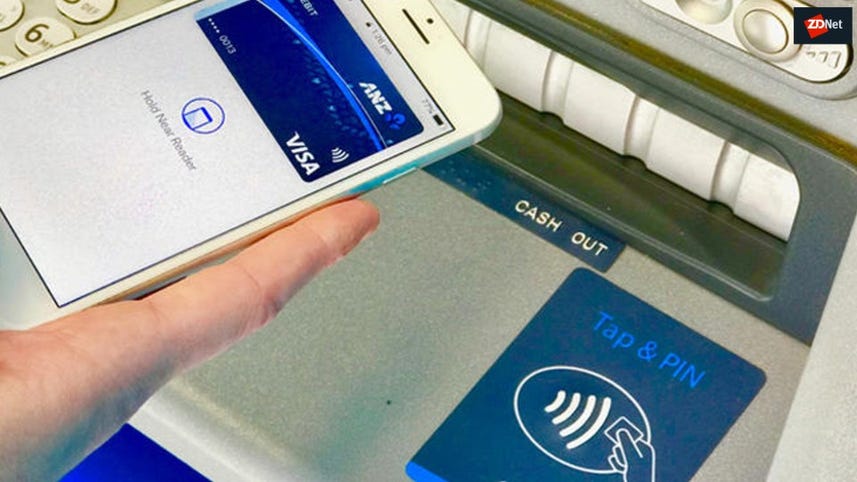 Customers of the Australia and New Zealand Banking Group (ANZ) can now ditch their plastic bank cards, with a few thousand of ANZ ATMs now accepting cash withdrawal via smartphones and smartwatches.

The cash withdrawal function can be accessed at 2,400 of the bank's ATMs through Apple Pay, Samsung Pay, Google Pay, Gamin Pay, and Fitbit Pay.

"We are determined to bring our customers new banking experiences so they can access their money the way they want to," ANZ Customer Engagement Lead Kath Bray said.

Research published this week by YouGov Galaxy, commissioned by payments provider Square, revealed that one-in-three Australians are card-only shoppers and almost all prefer card to cash when given the option.

"With the high adoption rates of contactless payments in Australia, our customers will be some of the first in the world to use their mobile devices to withdraw cash in addition to making payments. We know this is something our customers will appreciate," Bray continued.

Australia has one of the highest usage rates of contactless payments. Mastercard reports its PayPass "tap-and-go" functionality is used in around 80 percent of face-to-face transactions; it's a similar story where Visa is concerned, with 92 percent of in-person transactions on the Visa network utilising its PayWave service.

Australia also has one of the highest concentration of point-of-sale devices in the world with 960,000 Eftpos terminals, electronic payments industry group AusPayNet reports. However, while the country has more than 30,000 ATMs across the nation, that number has dropped by 1,200 in the past two years.

According to ANZ, more than one million customers are currently using digital wallets loaded with an ANZ-issued card. Between October 2017 and August 2018, ANZ customers made more than 57 million mobile payment transactions worth more than AU$1.83 billion.

ANZ said this was an increase of more than 150 percent in transaction numbers from the same time a year prior.

ANZ was the first bank in Australia to launch Apple Pay, and remains the only member of the big four to offer the wallet from the iPhone-maker.

In total, ANZ offers six payment alternatives to a physical card, with Fitbit Pay, Android Pay, Samsung Pay, and most recently Garmin Pay, available in addition to Apple Pay and its own ANZ Mobile Pay platform.

Westpac also announced on Wednesday that customers will soon be able to make payments using their voice through Apple's native assistant Siri.

Siri for Westpac is an extension of Westpac's mobile banking app for iPhones, and will allow customers to link their bank account to make a payment and check account balances.

To authenticate payments, customers will be prompted to input their fingerprint or face ID before the money is transferred to the payee.

According to Westpac, 48 percent of Australians use a voice assistant on their smartphone, with a third using it at least once a day.

The Australian Competition and Consumer Commission has denied the group of four banks the ability to collectively bargain with and boycott Apple Pay.

Banking
DeepMind's 'Gato' is mediocre, so why did they build it?