Apple's retail stores turn 10 and what looked like a boondoggle---and potentially a disaster in the making---has turned out to be one of the company's most brilliant moves. Here's a look at the early critics and the $7.3 billion in operating profits since then.
Written by Larry Dignan, Contributing Editor on May 18, 2011

Apple's retail stores turn 10 and what looked like a boondoggle---and potentially a disaster in the making---has turned out to be one of the company's most brilliant moves.

On May 19, 2001 Apple opened stores in Glendale, Calif. and McLean, Va. The master plan was to open 25 retail stores in the U.S. in 2001, all aimed at selling Macs and "digital lifestyle products" to complement the Mac.

Note what's missing: No iPod---those landed in October. Certainly no iPhone. And no iPad.

Another comical item comes in Apple's statement touting its retail store opening. Consider the first two paragraphs of that May 21, 2001 statement:

CUPERTINO, California—May 21, 2001—Apple today announced that its first two retail locations welcomed over 7700 people and sold a combined total of $599,000 of merchandise during their first two day weekend. The stores, located in Glendale, California and McLean, Virginia are the first of 25 stores the company is opening across the U.S. in 2001.

“We are blown away with the numbers,” said Steve Jobs, Apple’s CEO. “More importantly, customers have told us they love everything about the store—from the knowledgeable sales staff to the Genius Bar to the store’s design and unique approach to presenting digital lifestyle solutions.”

Jobs' big idea was that customers "rather than just hear about megahertz and megabytes" could "learn and experience the things they can actually do with a computer, like make movies, burn custom music CDs, and publish their digital photos."

Despite Jobs' enthusiasm, tech watchers didn't quite get the Apple retail focus. Why? For starters, Gateway launched a bunch of stores only to shut them down. Tech was all about going direct online at the time. Stores---silly bricks and mortar---were a crazy idea.

BusinessWeek panned the Apple stores and delivered this money passage:

Given the decision to set up shop in high-rent districts in Manhattan, Boston, Chicago, and Jobs's hometown of Palo Alto, Calif., the leases for Apple's stores could cost $1.2 million a year each, says David A. Goldstein, president of researcher Channel Marketing Corp. Since PC retailing gross margins are normally 10% or less, Apple would have to sell $12 million a year per store to pay for the space. Gateway does about $8 million annually at each of its Country Stores. Then there's the cost of construction, hiring experienced staff. "I give them two years before they're turning out the lights on a very painful and expensive mistake," says Goldstein.

CNet News was more balanced, noting that some Apple fans and analysts thought the stores were a good concept. Other analysts didn't get it. Gateway's stores colored the perception at the time and the dot-com bust didn't help either. From a 2001 CNet News story:

The retail outlet openings have some analysts puzzled, considering the economy's impact on computer sales and Gateway's troubles with its Country stores. Combined PC and notebook retail sales in March plummeted 27 percent in units and 25 percent in revenue from a year earlier, according to NPD Intelect. Apple sales fell deeper, plummeting 29 percent in shipments and 35 percent in dollars.

I can't find my old clips from 2001, but I'm pretty sure I didn't see Apple's retail juggernaut coming either.

The prism of retailing when Apple launched its stores was seriously cracked. Apple outlined the issues in its 2002 annual report:

The Company originally expected the Retail segment to break-even in the first quarter of 2002 and generate a slight profit for all of 2002. However, given the continued deterioration of the U.S. economy and the aftereffects of the events of September 11, 2001, the Company now expects its Retail segment to suffer a small loss for the first quarter of 2002 and for all of fiscal 2002.

Of course, no one knew at the time that Apple's iPod would dominate music and MP3 players and then set up the iPhone and iPad. When Apple launched its stores, the company was all Mac all the time. Apple was just trying to show that its OS X had software to go with it.

Today, you could argue that Apple has reinvented retail to some degree. The fast checkouts, the helping hands, the design of the store and the retail outlet as tech amusement park are all themes that have been copied to some degree. Everything from Apple's ability to draw a crowd at iPhone and iPad launches to supply chain integration to point-of-sales systems have been top notch. Bravo. 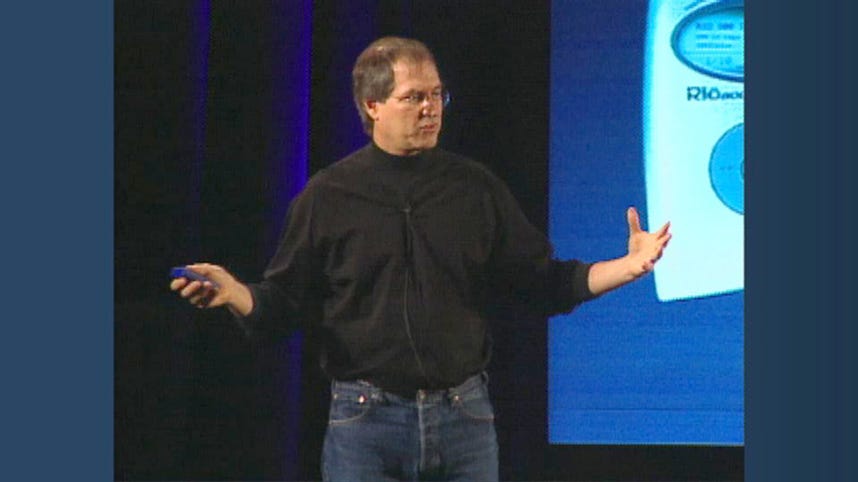 From those two Apple stores in 2001, the company now has locations in 11 countries and employs about 30,200 full timers.

But to really understand Apple's retail success you have to deep dive into the filings with the Securities and Exchange Commission. Here's a look at Apple's retail revenue through the years.

Add it up and Apple's crazy retail idea has earned more than $7.3 billion in operating profit over the last decade. Not too shabby eh?