Around AU$200 million from Australia's foreign aid budget is being used to prevent Chinese telco equipment giant Huawei from building a subsea cable to the Solomon Islands and Papua New Guinea.
Written by Chris Duckett on June 12, 2018 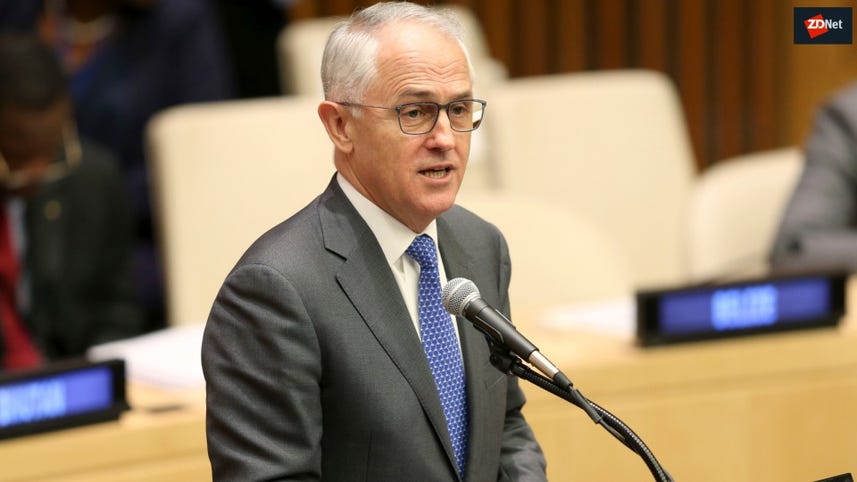 Australia's undersea high-speed communications cable to the Solomon Islands will be cheaper and faster than a competing offer from Huawei, once Canberra coughs up approximately AU$200 million from its aid budget to cover two-thirds of the cost.

"What we have offered Solomon Islands and what they have accepted is an alternative to the offer from Huawei and ours is cheaper, it's likely to be a faster result for them and technically superior and also more resilient," Foreign Minister Julie Bishop told reporters on Wednesday.

Canberra will pay two-thirds of the cost of the project to connect the Solomon Islands and Papua New Guinea to Australia via fibre-optic cables.

The Department of Foreign Affairs and Trade is weighing up whether Sydney, Townsville, or the Sunshine Coast will be the best Australian link point.

"I want to ensure that countries in the Pacific have alternatives, that they don't only have one option and no others," Bishop said.

"We were in a position to be able to offer a more attractive offer for Solomon Islands and PNG and they accepted it."

Money will come from the aid budget, with Australian Prime Minister Malcolm Turnbull telling reporters on Wednesday that it will be in the order of AU$200 million.

Australia and Solomon Islands will jointly fund the construction of a domestic telecommunication cable network linking remote provinces to Honiara.

It will link Auki in Malaita Province, Noro in Western Province, and Taro in Choiseul Province, with Honiara.

The cable is due to go live at the end of 2019, and will allow the nation to move away from relying soley on satellite connectivity.

"What we are doing is providing very practical and substantial support and aid, as part of our foreign aid program, to provide that telecommunications infrastructure which will ensure that Solomon Islands has access to 21st century telecommunications, which is vital ... for education, for commerce, for economic development, in every aspect of their society just as it is in ours," the PM said.

Turnbull ducked questions related to stating the government's concerns over Huawei, and said people working with Huawei will need to determine whether to register as foreign agents due to the company possibly falling under the foreign government-related entity definition within the foreign influence Bills before Parliament.

Huawei's Australian chair John Lord said last week the company is privately owned by its employees, and denied any national security concerns based on involvement from Beijing.

Telecommunications provider Vocus entered an agreement with Australia's Department of Foreign Affairs and Trade in January to scope out the design, construction, and procurement of the Australia-Papua New Guinea-Solomon Islands subsea cable.

The agreement with the government is worth AU$2.8 million to Vocus, according to tender documents.

Beyond telecommunications, the two countries are partnering on information security.

"We have also deepened our cooperation on cyber issues with the establishment of a Cyber Security Operations Centre in Solomon Islands, as well as Honiara's agreement to partner in a Technology for Development Challenge as part of Australia's International Cyber Engagement Strategy," Turnbull said.

Australia's aid budget to the Pacific island nation is AU$146 million in the next financial year.

The visit comes almost a year after the lengthy Australian-led peacekeeping mission to the Solomon Islands wrapped up.

The Regional Assistance Mission to the Solomon Islands began in 2003, involved 15 countries, and concluded at the end of June last year.

Malcolm Turnbull has cited Pacific Islands cybersecurity in affirming funding for a subsea cable to be built between Australia, Solomon Islands, and Papua New Guinea.

Two cable-laying ships have set off to begin deploying the Australian Singapore Cable, with Vocus saying the more difficult route should be complete within 100 days.

The subsea cable will return to service in June rather than late May, Basslink has revealed.