Facing increased pressure from competitors including Vodafone and Kabel Deutschland, Germany's incumbent telco Deutsche Telekom has announced upgrades to its mobile and broadband infrastructure in the country, including new top speeds for 4G users and an expansion of its fibre network. 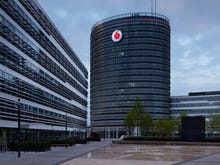 Vodafone increases 4G speeds in Germany to 150Mbps Faster LTE speeds are now available in four cities, to be rolled out elsewhere in the next few weeks.

Beginning this month, Deutsche Telekom's T-Mobile brand will increase the speed of some parts of its LTE mobile network to 150 Mbps — a 50 percent increase over previous top speeds.

Base stations in cities and urban centres will be the first to see the speed boost, with initial availability in "well over 100 cities", according to the company. By the end of the year, 150Mbps speeds will be available in almost 200 cities, it said on Tuesday. T-Mobile has not announced when the speeds will be available in rural areas, which have typically lagged behind cities in terms of new mobile infrastructure build-out.

In available areas, customer on the company's Mobile Data XL plan (which runs about €80 per month) will be the first to be able to take advantage of the new top speeds. When the speed bump will come to other packages has not yet been announced.

Facing competition from cable internet provider Kabel Deustchland, the incumbent telco has also announced that it will double its fibre network footprint for home broadband, from 12 million to 24 million households, by 2016.

On its fibre network the company is currently offering data speeds that max out at 100Mbps for all its plans, including one that packages internet with a flat-rate phone line for around €55.

By way of comparision, Kabel Deutschland offers a phone and cable internet package (with maximum download speeds of 100Mbps) for around €40 per month. According to the company's most recent earnings report, Kabel Deutschland serves about 15 million households, about 11 million of which can receive the 100Mbps speeds.