Full Bio
Posted in Between the Lines on November 2, 2017 | Topic: Networking 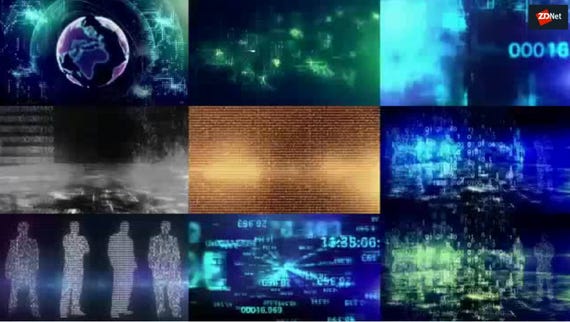 Moving to the cloud? There's more than Amazon, Microsoft, and Google
Watch Now

Google on Wednesday took the wraps off latest version of its Andromeda, the a software-defined network (SDN) stack that underpins the Google Cloud Platform (GCP). With this release, packets on the network are able to securely bypass the hypervisor and go directly to the Andromeda software packet processor. This should reduce latency between Compute Engine VMs by 40 percent over the previous version of Andromeda.

Since Google launched Andromeda in 2014, it's been able to reduce Compute Engine latency by nearly a factor of eight.

"Without having to do anything, [customers'] code in some cases will run noticeably faster and better," Google engineering fellow Amin Vadhat told ZDNet.

While network performance is often measured in bandwidth, Vadhat said that low latency is critical, especially as the world moves to distributed computing as a basis for delivering services. With multitudes of processes spread across multiple data centers, "there's going to be a lot of communication back and forth," he explained. "Our philosophy is how do we make sure that you, running on our virtualized infastructure, can enjoy the same performance as if you were running on bare metal?"

Google has taken out "the last bottleneck," he said, with a hypervisor bypass that builds on virtio, the Linux paravirtualization standard for network and disk device drivers.

From here, Google anticipates continued improvements in both bandwidth and latency, Vadhat said. "We can do that by basically speeding up the network path underneath and working with the Linux community on delivering optimizations on how the application can go to the network more quickly."

Improving latency is more challenging because, unlike bandwidth, "you don't get the free ride of new hardware making things faster and faster," Vadhat explained. Still, he said, "We have been continously driving latency down."

Google rolls out a direct, private connection to Google Cloud

Dedicated Interconnect offers a private connection for companies that need to extend their corporate network to the cloud.