Federal Government plans to introduce ISP-level filtering to provide a 'safer' internet experience for Australian families are likely to be met with significant resistance from within the ISP community.
Written by Julian Hill and  Brett Winterford on Oct. 30, 2008 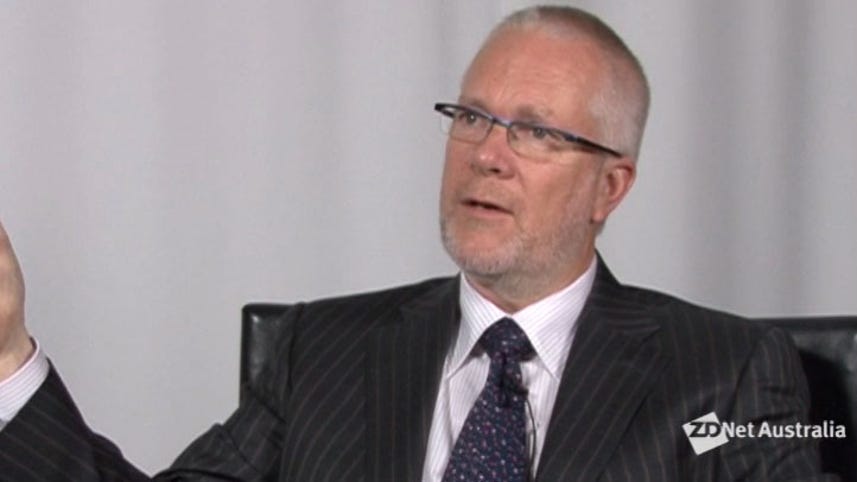 video feature Federal Government plans to introduce ISP-level filtering to provide a 'safer' internet experience for Australian families are likely to be met with significant resistance from within the ISP community.

Hackett, managing director of Adelaide-based ISP Internode, feels it is "somewhat loony" to make censorship the role of the ISP. "The reality is that we are just a gatekeeper," he said. "But we don't own the content, we only own the doorway."

A technical challenge
Hackett says that from a technical standpoint, introducing filtering is expensive, performance-degrading and annoying; "a complete bugger". Filtering technology, he says, is the "antithesis to the notion that we all want to go faster" on the internet. "This stuff will actually make things go slower," he says. "The tendency is to go towards a simple solution that actually overshoots, that has too many false negatives."

The tendency is to go towards a simple solution that actually overshoots, that has too many false negatives.

"Anything you are going to put in the end-to-end data path that actually does blocking can be invasive. It's invasive meaning it is expensive [to implement], and invasive in the sense that installing it in our network is complicated and may in fact cause outages."

"If the stuff goes a bit wrong it will start blocking other content. The trouble is, the internet's not just web browsers. Other applications that are using the internet may get mistaken for things that are pulling that content and might get blocked or messed with in strange ways."

Hackett expects the government to mandate a blacklist of IP addresses that by law an ISP is not permitted to serve to a customer. "Two problems with that — one is collateral damage, what if that IP address is a virtual host with 2000 web sites on it and only one of them doesn't follow the government's morality?" he says. "The other [problem] is, what if it's done by mistake? [What] if the IP address is just straight out wrong?"

"Another obvious [problem] is that the internet is full of anonymous proxies. None of this stuff actually works."

A legal challenge
Justin Milne, group managing director for Telstra BigPond, says any decision that forces ISPs into a 'gatekeeping' role would have significant legal implications.

"The idea that ISPs could somehow or other filter the tnternet is one, technically impossible and two, a bad idea anyway," he says. "If you want to filter the bad guys out of the 'net, quite apart from the fact that technically you can't do it, you would need to pass a lot of legislation, a huge packet of legislation, to make that properly carried out, to make it stand up."

"Various successive governments have seized upon ISPs as being a convenient choke point or gatekeeper point on the 'net. They would love for ISPs to become judge, jury, policeman, posse, hangman, the whole deal. And I think it's a very inappropriate thing to do."

Milne says it should be the police, mandated by the law, that handle such issues, not ISPs. "ISPs all need to comply with the law, just as hotels or delicatessens or anybody who conducts commerce needs to comply with the law. [But] you don't want them inventing the law and you don't want them having to interpret the law. You want the guys who make the law to do that. Police need to be police."

Milne says Australia "probably doesn't have enough cyber-police" and is "probably not as good as we need to be at catching bad guys that use the 'net." Similarly, he feels Australia is 'underdone' in terms of laws that apply to the internet world.

But that said, he doesn't think it should be the role of the ISP to regulate internet use. "The idea of having some sort of fairly loose regulations and saying to ISPs, look, you have the capacity to do X, Y or Z and we'd like you to do that is crazy," he says. "If we start doing things like cutting people off on the basis of doing file-sharing, for example, we could finish up breaking laws. We could certainly lend ourselves liable to being sued for wrongfully cutting people off."

Milne says those parties in society that want ISP's to act as gatekeepers need first to have their plans mandated by courts. "The music industry would love to say, lets get the ISPs to catch all the people who are file sharing, write them a letter, and if they don't stop file sharing, cut them off," he says. "Well, we could do that, if there were a law [against file sharing]. But the music industry needs to get the law in place, and go through the whole process, and through the forensic examination society will undertake as to whether it's a good or bad idea."

"You need frameworks for these things. BigPond of course complies with all laws and if law enforcement agencies come to us with a warrant or a document which says I've been to court, and the court has decided that we've got reasonable grounds to believe this guy is a terrorist, for example, or a pedlar of child pornography or whatever it might be, and we want you to help us catch him, then we say, certainly sir, not a problem at all. We comply with the law, and we are protected by the law. Due process has happened."

Ethical opposition
Michael Malone, CEO of iiNet says even aside from the technical and legal problems associated with ISP-level filtering, "there is also the whole ethical position of how appropriate is it for the Australian Government to start acting like the Chinese Government."

"The question is how far the Government wants to go with [ISP-level filtering]," Malone says. The creation of a small blacklist or RC (refused classification) content, he suggests, might actually work, as filtering through a small list of IP addresses or URL's is viable.

"[But] taking that though to a comprehensive list that tries to make the internet 'safe'? I think there's two big problems with it. The definition of safe for a six-year-old is very different from that for a fifteen-year-old. The other [problem] is it's a very subjective assessment."

"If the Federal Government says we are going to stop certain sorts of objectionable content, what on earth is the definition of bad here?" asks Hackett. "Is it the Federal Government's definition of bad? Is this going to be a white Anglo-Saxon protestant filtering system? Is it going to be a Muslim filtering system? Is it going to be one that doesn't like Scientology? The problem is we live in a world with multiple sets of morality, all of them equally valid."

"For some parents, they may consider information about homosexuality to be a real problem," says Malone. "But for some other parents they might consider that to be entirely appropriate. Nudity in art may be appropriate for one set of parents, not for another. Those things are household decisions."

A household decision
Both Hackett and Malone argue that such decisions do indeed belong in the home and not at the level of the utility. Hackett says there is no strong evidence that Australian families want filtering systems. "They want a sense that the internet is not as scarier place for their kids to be," he said. "But that's a question of solving it in other ways. Solving it with education, solving it with the pragmatic thing that we certainly do at home, we stick the kids' computer in the living room."

"Our position has always been, parents should have the ability to filter at their end," says Malone. "Client-end filtering works reasonably well, still doesn't provide you with an entirely safe environment, but at least it means the parent has some control over what the child is viewing. Try to do that at the ISP [level], and you're asking us to make decisions for the entire country."

A white-list at the client-end is the simplest, cheapest and most effective solution, Hackett says. Families give their children a white-listed version of the Internet, and add new sites and applications by exception upon their child's request.

"Apple already does a good job of this in Leopard — its got a nice system whereby if you go to a web site that's not there [on the white list], the parents will log-in, authenticate and add that site on demand. And just incrementally keep adding until they stop asking. That stuff works — and again you notice that's a client-side decision, that's not a network side decision."

You're asking us to make decisions for the entire country.

The thin edge of the wedge?
Malone is concerned both of the last two Federal Government's posturing on 'making the internet safe' might be the first step in a path towards censorship.

"But then after that it could be to block out competing political positions or to block out sites about religion or sexual orientation that the Government says is no longer suitable for children in Australia."