O2 Germany has announced that starting in July 2014 it will begin implementing its first national broadband data caps.

As part of the company's proposed 'Fair Flat rate' plan, if DSL users on the company's 'All-in M' and 'All-in L' plans exceed 300GB for three straight months, their speed will be limited to 2Mbps when they use more than 300GB of data again on the fourth month. Additionally, the throttling will continue in subsequent months if users continue to break the 300GB limit. Normal download speeds for these plans are up to 16 Mbps and 50Mbps, respectively. 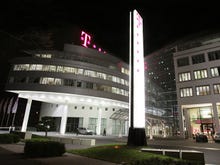 And users on the budget 'All-in S' plan can expect the throttling to kick in much sooner: they'll have a 100GB cap each month, where their speeds will be reduced from 8Mbps to 2Mbps, regardless of whether they've exceeded the threshold in the previous months.

In the past, O2 has only imposed data caps on broadband plans in specific regions of the country, where the DSL network is less developed.

According to O2, even "at reduced speed, it is still possible to surf the internet, check your email, use Facebook or watch YouTube videos." Even so, the company will being selling 'Additional Speed Packs', which give users more data at their normal download speed, but for a price. A 100GB block is €4.99; unlimited data can be purchased for €14.99.

An O2 spokesperson said that the Fair Flat rate limits will not be relevant for the "vast majority of customers", and noted that a recent federal report found that in 2012, the average internet user consumed about 13GB of data per month.

Indeed, normal users probably won't be affected — 300GB is the equivalent of streaming at least several HD movies per day.

Join Discussion for: O2 bringing in broadband data caps in 2014...