With a 5G mobile rollout looming, Poland has been pushing to bring its infrastructure up to par.
Written by Michiel van Blommestein, Contributor on Oct. 10, 2017 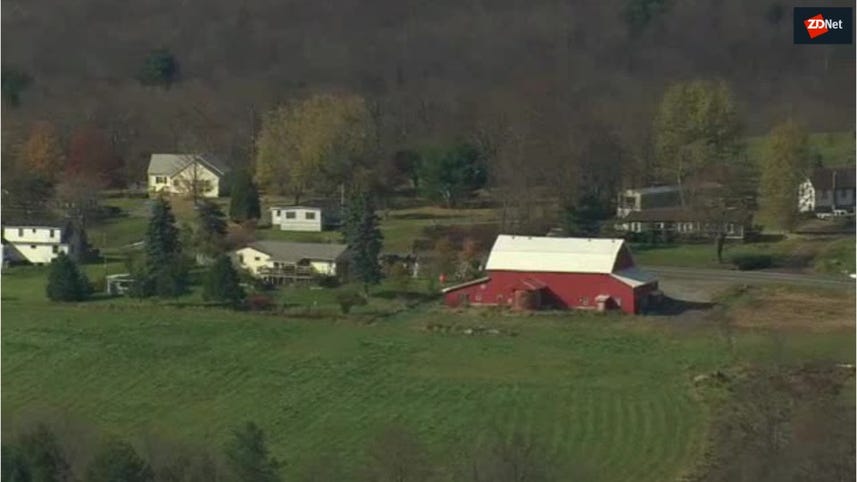 Poland is aiming to make high-speed internet available to almost 1.3 million homes and all schools in mostly rural areas. And so far, it has companies scrambling for a piece of this $900m pie. But despite stiff competition, there are still funds to spare.

After signing contracts over the summer, broadband operators in Poland are now starting to connect the homes and schools.

Following the UK government's announcement that it is kicking off a full-fibre broadband fund, BT Openreach has said it will consult with industry and consumers on rolling out a fibre-to-the-premises network.

On top of that, the broadband operators receiving the contracts are expected to bring zlt1.7bn ($462m) to the table, making the total investment in 1.1 Operational Program Digital Poland (POPC) about zlt5bln ($1.36bn).

Normally, the round of contract signing would account for all the available funds. But there's still zlt1bn ($271m) to spare, even though the operators have agreed to connect more homes than the agency running the project originally projected.

For the program, the Project Center for Digital Poland (Centrum Projektow Polska Cyfrowa, CPPC) has divided the country into 79 districts, and each district had its separate tender.

Contracts have now been signed for 53 of the 79 districts, and in those 53 districts, the winning operators will connect 1.3 million homes, according to CPPC director Wanda Buk.

"So we're already on target, even if not all the concessions have been awarded yet," she says.

The remaining zlt1bn ($271m) will now part of a new round of tenders, due in November, for the remaining 26 districts that have so far failed to receive commitments. These include districts in the rural east of the country, where it is hardest to create a viable business case.

Buk says the absence of any delays so far in the program is a rarity in projects of this scale.

"At one point, Nokia asked when we'd be ready to have the contracts signed. We told them, 'Before the summer'. They thought we were talking about summer 2018, so imagine their surprise."

According to Buk, competition was ferocious because the tender was set up so a broad field of network operators could compete.

"We learned from our mistakes with past tenders. We only offered tenders in very small districts then. The problem was that after a number of years, only a handful of projects were realized," she says.

The reason was that smaller districts tend to attract smaller companies to the bidding.

"Small and medium enterprises have a harder time completing on the terms of the contracts."

Not wanting to exclude smaller firms, the CPPC decided to mix up the size of the districts, throwing in some larger districts as well. Also, the tenders specifically mandated technological neutrality, so operators offering wireless broadband services could bid as well.

"There was a lot of heated discussion in the market about all that," Buk says. "The lobby for smaller and medium-sized enterprises fighting these changes was very strong." In the end, the parties that got the most out of the pool were Orange and Nokia.

Poland has two main reasons for trying to get households in the more rural parts of the country connected to broadband. The most obvious is that schools and education will benefit.

The second reason is that Poland is on the verge of rolling out 5G mobile broadband, and doing that doesn't make much sense unless the infrastructure is up to par.

"When it comes to connecting households, inhabitants of rural areas especially benefit from having internet access, even when they are the hardest to connect," Buk says. "Ordinary things, like going to the post office or banks to pay your bills, are less simple there because of the lack of branch offices."

The companies awarded the projects have 14 months to connect 80 percent of the schools in their districts, and 20 months for the rest of them. Including making broadband available to households, they need to wrap everything up in four years, with minimum speeds of 100Mbps in both directions.

"We should see some results over the course of next year," Buk says.

Google has sought urgent approval from the FCC to begin testing wireless broadband equipment in 24 cities across the US.

Read more about technology in Poland