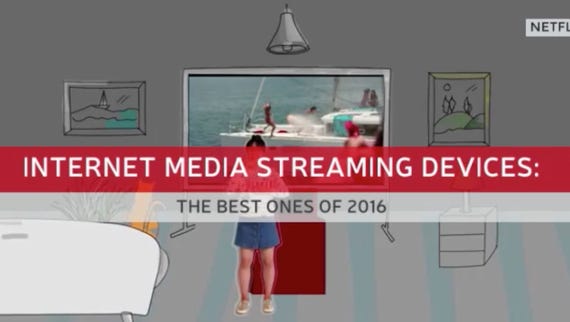 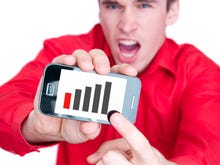 When your smartphone rocks but your network sucks New innovations shown at MWC for mobile handsets appear promising, but the key issue that seems to be ignored is 4G over-subscription.

Of course, when it comes to mobile data plans, nothing is quite as simple as it sounds. Here's the real deal.

Eligible T-Mobile accounts are full-priced plans with two or more lines. These are T-Mobile One's unlimited plans, which currently costs a couple $120 a month, while a family of four pays $160, with all taxes and fees included.

If you just got T-Mobile's new Unlimited 55+ two lines $60 a month, an older T-Mobile One account on which you're still paying fees and taxes separately, or the T-Mobile two lines for $100 promotion, you're not eligible for free Netflix. Instead, you must move to the latest two-line or more T-Mobile One plans. For some customers, that means they'd need to pay $20 more a month to save $9.99 on their Netflix subscription. That's no deal.

There are other financial gotchas to keep an eye out for. For example, if you're paying $11.99 to Netflix for HD streaming and the power to watch more than two screens simultaneously, you'll still get charged $2 more per month from T-Mobile.

But, wait there's more: T-Mobile One caps video streaming at 480p standard definition (SD) resolution. To stream high-definition (HD) video, you'd have to pay $10 extra per line each month with a T-Mobile One Plus plan.

Like all mobile carrier's "unlimited" data plans, T-Mobile's latest offering isn't really unlimited. To deliver even SD video, T-Mobile uses data compression to deliver your video using only 1.5Mbps. If you elect to watch HD video, you're likely to run into delays. According to T-Mobile, during times of data congestion -- say prime TV viewing time -- the top 3 percent of data users (>32GB a month) can expect to see "reduced speeds until next bill cycle."

Still, T-Mobile also claims -- on the basis of OpenSignal's latest State of Mobile Networks: USA -- that it now has the fastest and most wide-spread 4G coverage. By OpenSignal's count, T-Mobile, albeit sometimes by the skin of its teeth, offered the best 4G service in the US in August. Since speed is all important for high-quality video-streaming, this is all for the good.

So, is it worth it? Personally, I prefer to watch my videos on high-end televisions. But, if you like curling up with your smartphone and watching the latest episode of Stranger Things or Orange is the New Black, the T-Mobile plan is worth investing in.

After nearly five months with tens of thousands of beta testers, T-Mobile Digits is launching to help you stay connected across multiple devices and multiple numbers.

The wireless market could consolidate from four big players to three, if regulators allow it.

Join Discussion for: What's what with T-Mobile's 'free' Netflix...