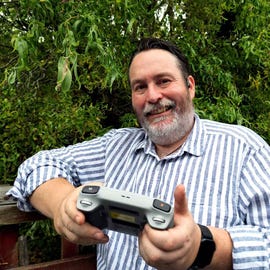 Details of HP's upcoming Chromebook have been leaked, suggesting that the company is preparing to launch a new system powered by Google's Chrome OS imminently.

Analyst: Windows 8 may not be enough to save HP

HP is in trouble, and the company can't rely on Windows 8 -- whether installed on desktop, notebook, tablets, ultrabooks, or convertibles -- to help dig itself out of the deep hole the company is in.

At the core of Microsoft's new Windows 8 operating system is touch, and HP is the latest OEM to unveil a range of 'All-in-one' systems that take advantage of this new and exciting feature.

Where's HP going? Customers aren't sure, and as a result aren't happy to spend money.

After pulling the plug on the TouchPad, HP has now decided to keep making the doomed tablet ... at least until October.

The HP TouchPad just got $100 cheaper.

HP's TouchPad tablet's was only released on July 1, but already HP is announcing that a "4G" flavor featuring a faster CPU is on the way.

After endless speculation and teasing, HP's Slate goes for sale. It's yours for $799. But what do you get for your money?

The Windows 7 UI will be the HP Slate's biggest weakness

HP has released a few teaser details of its upcoming iPad, um, I mean Slate device. While the company is betting the farm on Adobe Flash and AIR support being enough to give it the edge over the iPad, I can already see the device's biggest weakness - Windows 7. Or more specifically, the problems of taking a cursor-based desktop OS user interface (UI) and expecting the Windows paradigms, complete with little icons, small click areas, scrollbars and so on, to work well without a mouse.