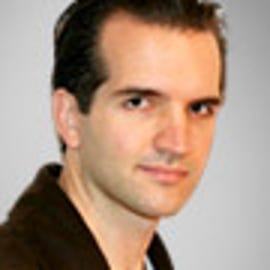 As large as the US mainland but with a smaller population than Texas, Australia relies on ICT innovation to maintain its position as a first-world democracy and a role model for the developing Asia-Pacific region. Award-winning journalist D…avid Braue has covered Australia’s IT and telecoms sectors since 1995 – and he’s as quick to draw lessons from their failures as to laud their successes.

Dear Apple: Thank you for not measuring up

We will all watch Apple's big iPhone 6 / iWatch announcement with interest, but for those who have already defected to something with a bigger screen – and there are many of us – the deep gadget lust of yesteryear will have been replaced with a more detached curiosity.

September 9, 2014 by David Braue in Mobility

The Vertigan cost-benefit analysis has further downgraded the role of fibre in the multi technology mix (MTM) model for the NBN - even though it also suggests that fibre isn't as relatively expensive as it used to be. What are we to make of this?

Time for a reality check on Labor's CBA-less NBN strategy

Labor-hating has become so popular that few bother remembering the real reason FttP was introduced without a CBA in the first place. But as the Coalition crows about a cost-benefit analysis justifying an FttN NBN 10 times costlier than Labor's own FttN policy, it's worth taking time out for a reality check.

It's five FttN NBN customers down, over 11 million to go

Malcolm Turnbull would have been quietly relieved to preside over the unveiling of Australia's first FttN NBN customers. But the launch did nothing to clarify questions around the government's relationship with Telstra, the competitive stance of the Coalition's NBN, and the nagging suspicion that Turnbull is digging himself into a deep, deep hole.

Smug Liberals will embrace Scales' assessment of Labor's NBN as vindication of their own position – but they're ignoring the double disaster towards which Malcolm Turnbull is steering the effort.

NBN: Nothing, But Nothing is happening

You know the NBN is dead when not even the FttN haters bother to shellac Malcolm Turnbull's blogs. As Telstra reasserts control over the NBN and the Coalition government flounders, can we actually expect anything from the NBN anymore?

As the country waits for the results of the NBN cost-benefit analysis (CBA) it's worth looking back over the NBN Strategic Review – and reconsidering whether its assumptions about the long-term value of NBN Co aren't excessively optimistic.

After a few false starts, News Corp's efforts to deepen its engagement with customers are finally paying off – but it has required the accumulation of what data services manager James Hartwright calls "scary" amounts of clickstream data.

Many weeks using the Nokia 1020 as my primary phone revealed it to be both a strong iPhone competitor and an example of why Microsoft has struggled to build a mobile juggernaut. Its superb camera will bring many users, but how does it stack up as a primary phone?

Broadband is not a utility, nor is the NBN. Discuss.

Pragmatism has already forced Malcolm Turnbull to step away from the Coalition's non-interventionist telecoms dogma. But as a coalition of US carriers threatens a freeze on infrastructure if that country's government declares broadband, it's worth considering which approach will deliver the most desirable outcomes.