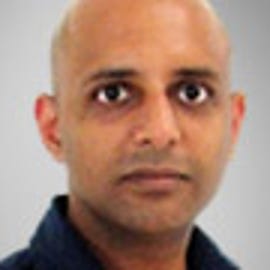 Here is the bloopers reel for 2008, which includes footage from ZDNet.com.au and our sister sites CNET.com.au, Gamespot, BuilderAU and TV.com. WARNING: This video may contain traces of nuts.

Talking machines, especially those with the sound of home, may be gaining an edge over offshore operators.

Frank Arrigo, Microsoft blogger and group manager of technical community, explains why it's important for the software giant to follow web standards

Betfair's Australian launch is a winner

The online trading site went live in Australia three weeks ago, and so far has achieved 100 percent uptime

AIIA's CEO to quit in December

Rob Durie, who has been with the Australian Information Industry Association (AIIA) for 17 years, will leave the lobby group at the end of the year.In a statement published by the AIIA on Monday, the chairman Peter Kazacos said that Durie told the organisation's board members last week that he would not be renewing his contract.

Gartner has suggested that while OpenDocument is the best XML office document standard out there, the announcement of rival 'open' standard from Microsoft could seriously hinder its growth

Although IT project governance has generally improved over the past year, companies are having difficulty recognising when a project has actually failed, accountancy firm KPMG says.

Windows-based GSM phones encrypt transmissions to prevent conversations from being intercepted and overheard.