Visualizing information isn't new! Thanks to RadicalCartography.net and the Library of Congress, here are some pioneering data visualizations from the US census in 1870.

The geology of the US, with sumptuous hand-shading that puts most computer-generated maps to shame: In the fiscal chart below, a lot of history is illustrated using data: 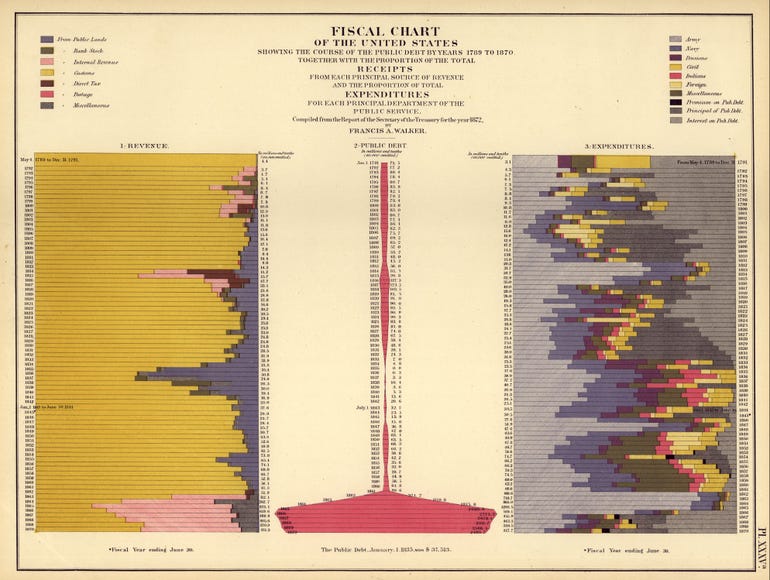 Below is a beautiful rendering of church-going in the US. Interestingly, rather than show non-churchgoers as a separate bar, they are relegated to a grey box around the outside. 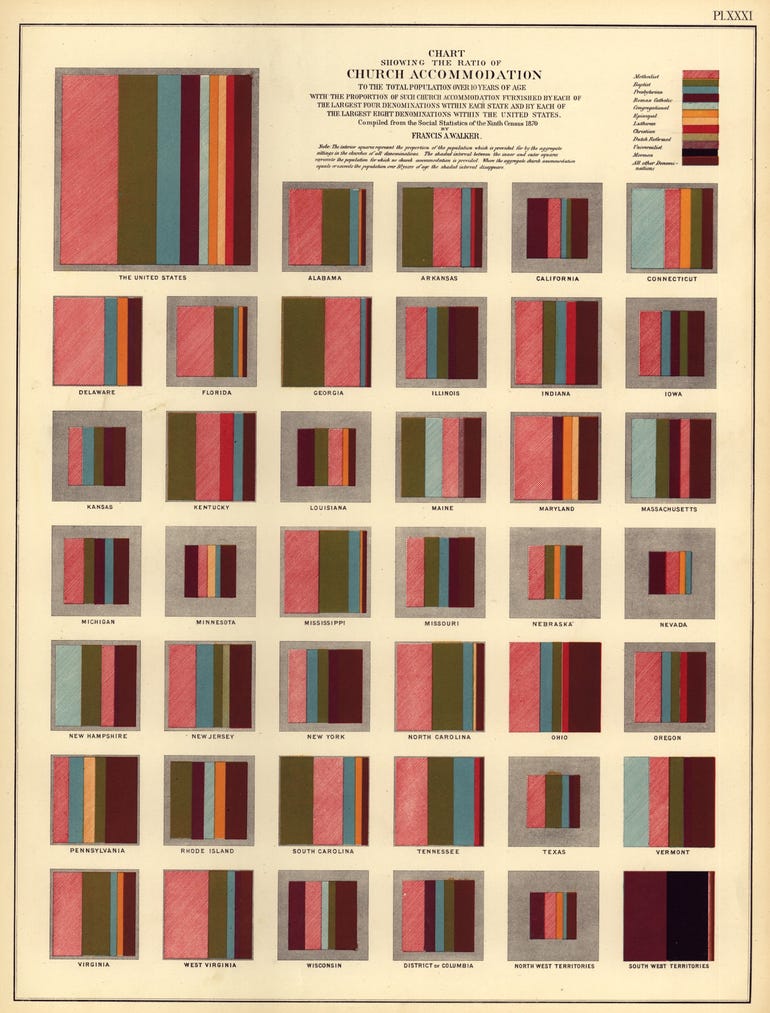 Here's a nice example of showing data through proportions. Here are some population charts showing that the "cowboy states" (e.g. Wyoming, Nevada, Montana) were populated by young male foreigners, while Utah had lots of children. 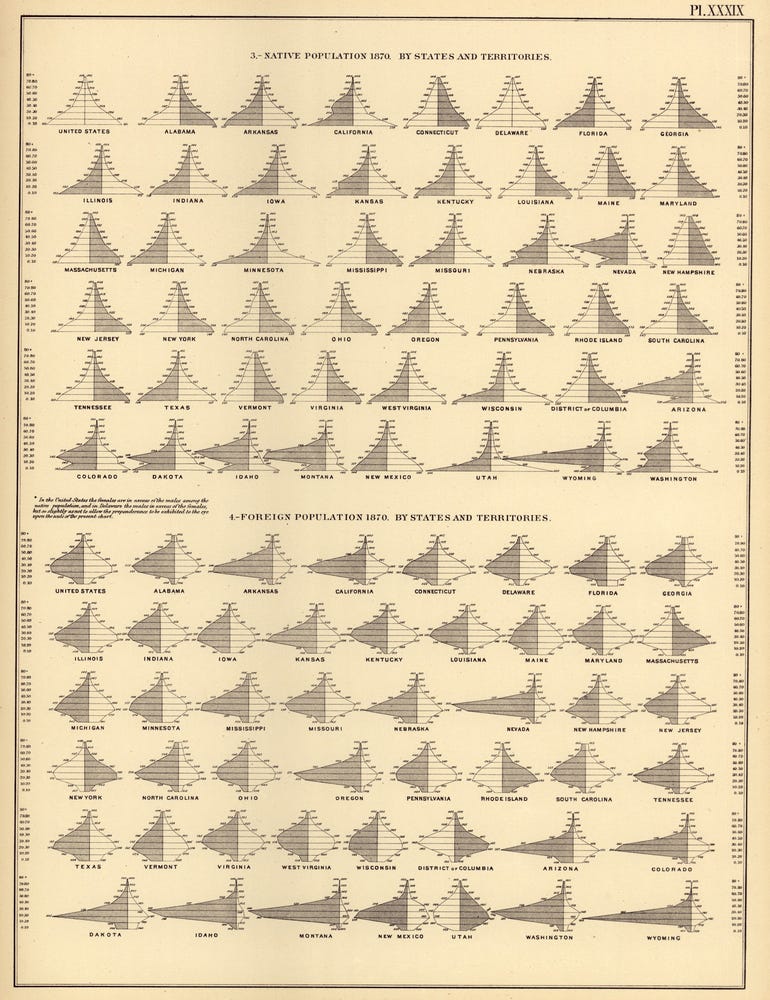 Finally, the chart below is a good example of something that hasn't changed much in the last couple of centuries - the notion that you should show data just because you have it. It shows deaths per month per state. Is this data actionable in any way? To compare these beautiful hand-drawn charts with the modern equivalent, check out the 2010 Census web site