5 ways to advance robotics in manufacturing

The maturity of automated technology used in manufacturing is all over the map, says Carnegie Mellon Prof. Howie Choset, but there are concrete ways to fix that.
Written by Stephanie Condon, Senior Writer on Sept. 4, 2017

There's strong demand in the business world for robotics, and high-profile examples of commercially deployed robots -- take Amazon's Kiva, for example -- suggest a robot revolution is just over the horizon.

However, the automated tools that could be used in warehouses and on factory floors have a long ways to go before they can help transform American manufacturing, according to Howie Choset, a professor at Carnegie Mellon University's Robotics Institute and CTO of the Advanced Robotics for Manufacturing Institute (ARM) in Pittsburgh.

In technology R&D, researchers use Technology Readiness Levels (TRL) to discuss whether something is still in the basic and applied research stage (TRL 1 or 2), ready for commercialization (TRL 9) or somewhere in between.

"At what TRL are we with AI and robotics, insofar as it takes to implement or deploy robots in manfuacturing? The answer is, we're everywhere," Choset told ZDNet.

The mission of the ARM Institute, a public-private partnership founded by Carnegie Mellon University, is to help bring manufacturing back to the United states and get small companies to embrace manufacturing. It was launched with a $250 million grant from the US Defense Department and various partner organizations.

There's plenty of consternation over the impact automation will have on the job market, and Choset acknowledges, "Ultimately, no one really knows how robots are going to impact the creation of jobs."

Even so, he suggested it'd be short-sighted to keep automation -- and the innovation that comes with it -- from happening.

Read more: Made in the USA -- by robots| When a robot runs the company | Record-breaking year for sales of robots, components

"If you don't embrace automation, your competition will," he said. Furthermore, he added if the technology is adopted in the right ways, with the right policies in place, it could help small businesses revive American-based manufacturing and create different kinds of jobs.

"It's really narrow-minded to think this one robot replaces one job, and consequently, we lost a job -- that's just not the case."

So with that in mind, Choset laid out five things that need to change, in terms of technology and policy, to advance the smooth adoption of automation in manufacturing:

First, Choset addressed one of the major current technical limitations of robots: They're too singularly purposed.

"One of the big fat lies in robotics is that robots are flexible," he said. "We adapt the process to the robot, not the robot to the process."

Improved software and better modular robotics solutions, he said, "where robots could be arranged and re-arranged and tailored to the process each day," would dramatically improve customization.

Build robots that can be simply deployed

"It takes time to deploy robots," Choset said. "Sometimes you can spend four to five times the cost of the robot, just integrating it into your system. For maybe 80 percent of those applications, [deployment] should be something as simple as downloading an app on your iPhone.

Currently, robots are largely isolated from people, but future tasks handled by robots will require more collaboration with humans.

For instance, the mobile robots that navigate factories and warehouses, such as Amazon's Kiva, are typically carefully designed to operate in specific, static environments, Choset said, putting them somewhere in the middle of the TRL spectrum.

"However, there are other warehousing types of spaces -- spaces with people moving around," he said. "We've figured out how to do people tracking, but we still haven't advanced it to the point where it's totally robust and integrated in one of these mobile systems."

While Choset, not surprisingly, thinks the government took a step in the right direction by funding the ARM Institute, he said there should be more money invested manufacturing research at all TRL levels, not just the highest ones.

One specific example of an area of robotics that needs continued basic research, he said, is the manipulation of soft materials.

Small businesses, for instance, would benefit from organizations and tools that empower them to pool their resources and collectively embrace automation, Choset said.

More resources for workforce training would, of course, extend to workers who aren't necessarily running the company.

"The reality is jobs are changing. What should we do? The answer isn't to not embrace automation," he said. "The answer is, let's focus on workforce training... It's no longer the case that someone enters the manufacturing world and has the same job throughout his whole career. You are going to be changing roles and responsibilities throughout your career, and you should learn how to use robots as well." 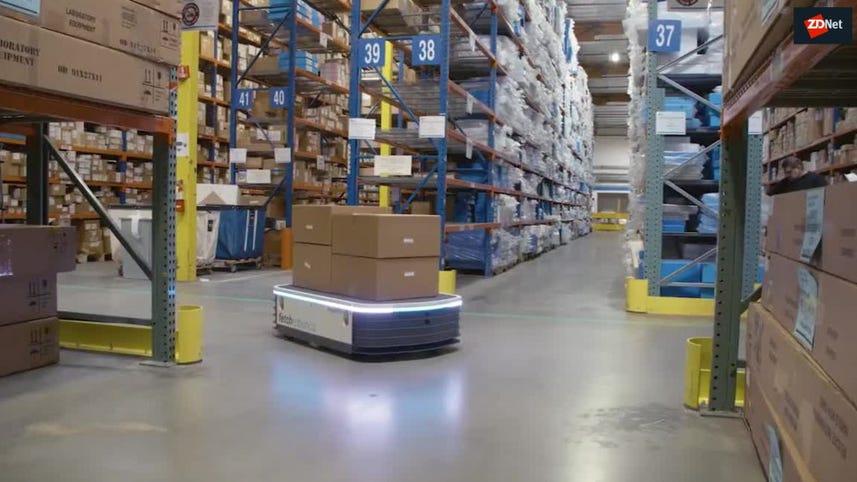