A day in the life of an entrepreneur 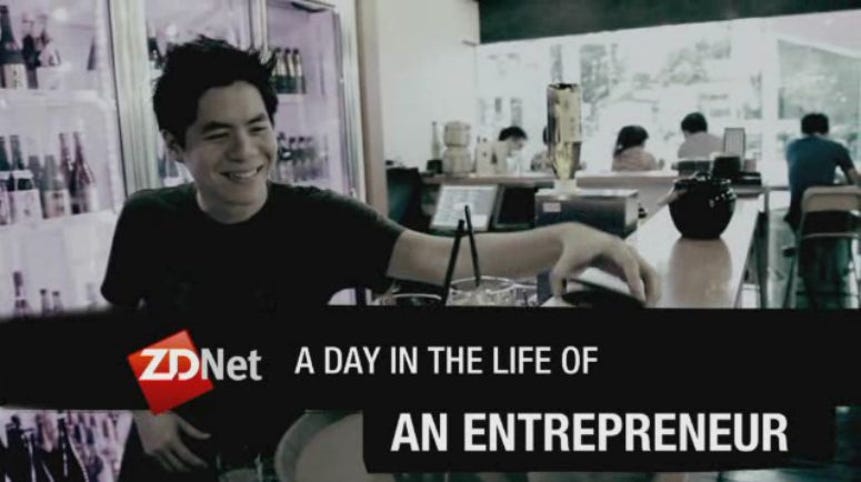 "How many more copies of Windows can I really help sell?" With this question, Howard Lo decided it was time to end his 14-year tenure at Microsoft and concentrate on running his own food and beverage business, Standing Sushi Bar.

Lo, who turns 36 in October, opened the restaurant in early-2009 when the global financial crisis was in full swing. He was then working with Microsoft which was laying off people and freezing salaries. Prompted by the uncertainty, the American-Chinese decided to open his own business as a safety net--his "Plan B"--while still serving as an employee with Redmond.

In February this year, he finally decided it was time to leave his salaried job and focus exclusively on expanding his sushi business, which now comprises two outlets in Singapore and one in Jakarta, Indonesia.

But Lo's years in the IT industry have proved handy as he now relies on social media and other software tools to gain valuable insights into his business operations and customers. "I use the computer for a lot of the day-to-day management of the sushi bar...administrative work, e-mail, researching new [restaurant] locations, looking at Web cams to see what's going on in the restaurant, and keeping track of what kind of feedback people are giving," he said.

He also hosts his own blog and uses social networking sites--primarily Facebook, Twitter, Foursquare and Pinterest--as ways to connect with customers, get their feedback and increase awareness of his restaurants. "It's a way to engage customers and identify trends of what people are looking for in their dining experience," he noted.

He also taps tools such as Perx, a virtual loyalty card, to build customer loyalty and encourage repeat visits, as well as GameMaki, which applies gamification to let customers at his restaurants participate in challenges to earn points that can be exchanged for free sushi.

Lo is also looking to implement an electronic menu so he will not need to reprint menus each time he changes an item. "An electronic menu would allow me to update things instantly, replicate it across all platforms and sites, as well as provide opportunities to enhance customer experience. For example, you can integrate Facebook and Instagram with the menu, so you're turning it from simply being a menu to being a guide for customers," he explained.

All these tools have given the entrepreneur good insights into his customer demographics and how he should expand his business. For example, via Facebook, he is able to identify people who are interested in the restaurant, and with Perx, he knows which customers are visiting the restaurant and how many times they are visiting the outlet.

Lo explained: "Because Indonesia is a market I don't really understand, just engaging with the 15,000 fans of my Indonesian Facebook page has been very helpful in telling me what other locations I should open up there, and what food blogs and food reviews are popular there. So just being able to talk to these people that are interacting with me on Facebook has been very helpful in my understanding of the Indonesian market."

Running his own business, however, comes with some major challenges such as high rent, staffing issues and the saturation of Japanese restaurants. At the end of the day, he said, it boils down to balancing inter-personal, operational work and work that is necessary to expand the business.

"So hopefully, with all this technology, it helps me minimize the amount of time I'm spending on operations and frees me up to do more of the business expansion type of work," he noted.

So why did Lo still go into entrepreneurship? "Because it's fulfilling," he said.

"It's not necessarily full of happiness and good times, but it's definitely always fulfilling and always rewarding," he added. "It's a lot of small victories and I know all these things I've decided on, the buck stops with me. I'm responsible for all the successes and failures."

On his decision to finally leave Microsoft and become an entrepreneur, Lo said: "I felt like, how many more copies of Windows can I really help sell? So I thought, I'm still relatively young, why not? Take the risk, take control and see what happens."