Nokia hasn't said it will launch a tablet. It hasn't suggested one is in the works, nor hinted at specs.

But that hasn't stopped the speculation and (maybe) leaks, and a coherent thread to the rumours is beginning to emerge : that it will be a 10.1-inch RT tablet, packing Qualcomm's Snapdragon 800 SoC, 32GB of storage and 2GB of RAM. 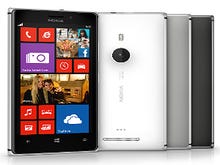 Has Nokia put craziness behind it?: Inside the company's post-Windows design revolution Nokia used to be known for its wacky devices. Are its quirky days behind it? ZDNet caught up with two of its senior smartphone designers to find out — and discovered the rocky road to the birth of the Lumia 925.

The standard reaction so far has been: RT? Wait, what?

It's easy to see why. Hardware makers have been distancing themselves , some quite publicly, from RT. Even Microsoft has struggled to ignite consumer interest in it, and registered a massive writedown on its Surface RT in its most recent set of financial results .

So you'd be forgiven for thinking that Nokia's efforts in the RT sphere will meet the same ignominious fate.

But it doesn't have to be that way: if Microsoft set Nokia free, there is a way out of the RT valley-of-death for both companies.

No, wait — come back, let me explain.

When Nokia put its hardware eggs in Microsoft's software basket two years ago , many laughed. Since when did two wrongs will make a right?

Still, a couple of years later, Windows Phone 8 has emerged as decent platform, now cementing its position as the third smartphone ecosystem with Nokia slowly shifting more and more Lumias . Neither company is perhaps doing as well in mobile as it would like, but both are doing far better than many expected.

Nokia is pretty much the only show in town when it comes to Windows Phone, having stoked consumer interest with both shiny flagships like the 1020 as well as solid low-end offerings including the 520 . It's not the most revolutionary strategy, but it's one that should work on tablets too.

RT has attracted all sorts of gripes over the way it forces Office to operate and on the lack of backwards compatibility — all valid complaints.

So if Nokia wants to go down the RT path, it should do so with a view to making the Lumia 520 of the tablet world: stripped-back, functional, and affordable. To do that, Nokia needs to get Office out of the RT equation, shipping the tablet with just RT and no Office on top — thereby saving itself not only the awkward apologising about how clunkily it runs on RT but a fair chunk of licensing costs too.

Because cost will be where the RT tablet stands or falls: pitch it in the right price bracket — no higher than £150 — and it has a chance of success. Consumers will adopt new tablet platforms — quirks, lack of backwards compatibility and all — if the price is right.

Nokia on the other hand will also have to restrain its impulse to introduce too many hardware bells and whistles that will make the tablet too expensive for consumers to forgive its software eccentricities.

Look at its occasional forays into non-smartphone hardware in the past: the consensus on its netbook, the 3G Booklet , was that it was a good-looking, well-engineered machine, but one that didn't justify its inflated price tag.

There are signs that Nokia hasn't quite learnt its lesson on that front, with the launch of the 1020 — priced at an I'm-sorry-did-hear-you-right $700 without contract — but when it comes to the low-end, the likes of the 625 show Nokia knows how to make compromises in order to turn out appealing smartphones at an appealing price. Now it just needs to convince Microsoft to let it do the same with tablets.

There's room for Microsoft and Nokia to indulge their extravagent side at the other end of the slate scale though. The pair could quite sensibly take a leaf out of the Ultrabook and make a high-end Windows 8 tablet that offers a premium experience for businessfolk that have cash to spare — a laptop replacement that can still double as keyboardless tablet when required.

That's where having Office onboard comes into its own, and where those hardware bells and whistles have a role to play.

The majority of Windows 8 tablets to date have been underwhelming — Nokia could score if it came out with a Pro-type device alongside the rumoured RT: something with LTE built in, a screen pretty enough to make grown men cry but which is tough to boot, with a fair chunk of onboard storage, an impressive rear camera and that industrial design we've come to expect from the company. In short, a machine that's enough to win over the BYOD crowd, but which the company purse-string-holders will happily pay for. No mean feat, but certainly within Nokia's abilities to deliver.

That's the two-device strategy I'd like to see coming out of Nokia, of course. I suspect I'll be disappointed.

If the patent hawks are right, then a recent filing suggests that that overpriced RT tablet may even come with a stylus. Yes, a stylus. It harks back to the back old days of both Microsoft tablets and Nokia's 'linux tablet' range, and suggests maybe both have not moved on as much as they should.

When the tablet does debut in September my fear is that we'll see an overpriced RT and a non-existent Pro, prompting more shoulder-shrugging and head-scratching among Nokia watchers.

Still, even if the incoming tablet may not be everything we'd hope for, Nokia's brand name, supply chain know-how, and operator connections could be enough to keep RT off life support for a while yet. It pulled off the same trick with the early Windows Phones, after all.

But just surviving in tablets is not enough. Both Nokia and Microsoft need to prosper — Microsoft to keep relevant in the post-PC world, Nokia to give its financials a push back onto the right side of black. They only thing standing in their way is the companies themselves.

Join Discussion for: A Nokia Windows RT tablet can be a winner,...