The board of Taiwanese PC maker Acer has elected the company's founder Stan Shih as the company's new chairman as it embarks on the restructuring plan it announced earlier this month.

Acer's chairman and CEO, JT Wang, and corporate president Jim Wong have stepped down from their roles following Acer's gloomy third quarter, in which it reported a worse than expected $442m loss. 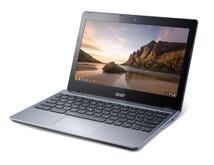 Following its Q3 results earlier this month, Wang handed in his resignation , with Wong set to succeed him as CEO next year.

However, Acer has now decided to remove the chief executive role altogether, with duties transferred to chairman or president in the hope of improving the company's decision-making efficiency.

"Due to the situation that now faces Acer and my personal social responsibilities, I must stand up and take the reign without salary," Shih said in a statement.

Acer plans to reduce its worldwide workforce by seven percent in a bid to save $100m a year. It's also shedding a number of products to improve margins, but expects to see shipments of notebooks, tablets, and Chromebooks fall by 10 percent in Q4 compared with Q3.

Acer blamed its Q3 operating losses on "the gross margin impact of gearing up for the Windows 8.1 sell in and the related management of inventory", though the company has failed to deliver positive results since 2011.

The company is just one of the PC vendors whose sales have been hit by the switch to more mobile devices. In tablets, although it has seen shipments rise, it's also seen its market share squeezed by Apple's iPad and Samsung's tablet range .

Acer's Wang has previously said that tablets are no substitute for PCs and has blamed declining interest in the form factor on Windows failure to generate consumer interest of late.

The company has held back from delivering a Windows RT tablet so far, concerned that the OS is not popular enough to build hardware for, and is looking to non-Windows devices, such as its Chromebooks and Android tablets, to generate a greater share of its revenue in future.