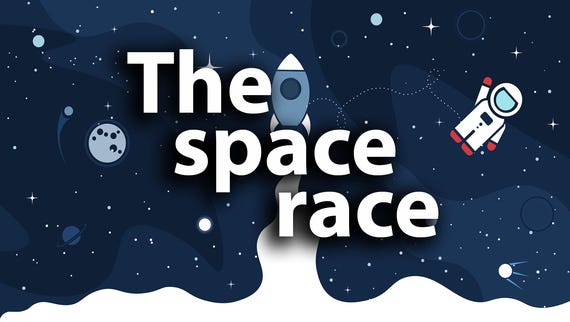 Dr. Franklin Chang Diaz has been in space as a NASA astronaut and now oversees a company that aims to make what could become the diesel engine of space transportation.

In a wide-ranging interview, Diaz outlines that state of the space race, sustainability, and leadership tips. The complete chat is in the video above, but here are some takeaways from our talk.

It takes a long time to develop a rocket engine. Diaz said that Ad Astra Rocket Company was formed in 2005 as NASA privatized operations and de-emphasized programs. Ad Astra continued to develop its VASIMR engine to the point where NASA became interested again. The electric engine, which is used once a vehicle is in space, is now to the point where it can be powered by solar panels. To date, Ad Astra has spent 15 years working on its rocket engine since being spun off as a private company from NASA.

Convergence matters. Ad Astra's space propulsion engine is mature today largely due to a convergence of trends including solar power panels that can fuel an electric engine in space. Diaz said:

Electric propulsion has been around for a long time, talking about things ion engines and other devices called hall effect thrusters, plasma rockets, this is what we do. But they have been hampered by the non-availability of power, electricity. They need electricity and electricity has been at a premium in space up until now. Now, solar panels and solar arrays are becoming much more powerful to the point that now they can power more powerful rockets. And we are entering into the space with this new type of an engine that is able to process a great deal of power. Essentially, we're building sort of the diesel engine of space.

Research in the 1970s, 1980s, and 1990s is fueling products today largely due to better knowledge sharing among researchers and groups. Researchers focused on fusion plasma physics just didn't talk to colleagues working on rockets. "You have to bring these communities together. And that was a big challenge back in the 80s and 90s. Fortunately, we did that while we were still at NASA," said Diaz.

"There's a lot more communication these days amongst the groups. I think people are beginning to overlap a lot more in many fields and all of that begins to mush together and certainly, the Internet allows you to do this kind of communication, fluid and very, very efficiently," he added.

Model rocket performance before building anything. "You want to make sure that you're at least 80% there in making sure that it's going to work. Obviously, there are always surprises but simulation software really takes a big bite from the uncertainty that you have to deal with in these innovative projects," said Diaz. "Software is the key to making it work."

Why Ad Astra doesn't use the cloud. "We don't use the cloud. We are very protective about our intellectual property here in our company, it's a very unique technology. It's very controlled. We have multiple programs that we have developed ourselves," said Diaz, who noted that Ad Astra is a big customer of NI. NI's master plan: Bridge engineers with enterprise and give them spotlight

What being an astronaut teaches you about leadership. Diaz said:

Leadership to me is that you empower your team to do the best they can, to achieve their full potential. In many ways, the leader sort of gets out of the way. The leader is the ultimate facilitator and makes it easy for others in the team to do their jobs so that you kind of get in their way. And of course, you take care of your team. This is one of the most important things about a leader is you take care of your people. You make sure that everybody's okay and make sure in these times of crises, of pandemics and health issues, you want to make sure your team is okay, because if they're not okay, mentally or physically, they're not going to work well.

Developing space in an equitable way. Diaz space is clearly the next frontier, but everyone on Earth must have the opportunity to go to space and work there. If space remains in the hand of only the rich and powerful development won't succeed. Diaz added:

It starts with an understanding that some countries that have the capability and knowledge to deploy the first elements of infrastructure in space, need to be generous enough with their know-how to enable opportunity for other countries. It's good business because, you're creating a market, you're creating a service economy. So it's not that you're doing this just because you want to be philanthropic. It's good business to make sure everybody is included. The more people that get up there, the better it is.