Adrian Lamo, a well-known hacker, has died at 37.

His father, Mario, posted a brief tribute to his son in a Facebook group on Friday. 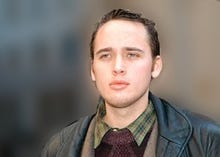 Adrian Lamo, Wikileaks, and what it means to be a patriot

Life is full of little decisions.

"With great sadness and a broken heart I have to let know all of Adrian's friends and acquittances that he is dead. A bright mind and compassionate soul is gone, he was my beloved son," he wrote.

CNET: Hacker Adrian Lamo, who turned in Chelsea Manning, dies at 37 | Adrian Lamo, Wikileaks, and what it means to be a patriot | Claims to fame: High-profile hackers and what happened next | 'Homeless hacker' says he'll accept plea bargain

When contacted by ZDNet on Friday, Mario said: "It is true, with great sadness."

The coroner for Sedgwick County, where Lamo lived, confirmed his death, but provided no further details. Circumstances surrounding Lamo's death are not immediately known.

A neighbor who found his body said he had been dead for some time.

The Colombian-American hacker, who resided in Wichita, Kansas, first rose to notoriety in the early-2000s by hacking into systems at The New York Times, Microsoft, and Yahoo, which he was subsequently convicted for.

Lamo was more recently widely known for his involvement in passing information on whistleblower Chelsea Manning, a former US Army soldier who befriended Lamo. In an internet chat, Manning told Lamo that she had downloaded and burned classified files to a disk.

Lamo, with help from two friends in military intelligence, informed the US military of the breach. Manning was later arrested and sentenced to 35 years in prison. Her sentence was later commuted by President Barack Obama, and she was released last year.

In an interview with The Guardian in 2011, Lamo said his actions caused him "lasting regret."