The deal will help further build the Chinese conglomerate's import service in China.
Written by Aimee Chanthadavong on Sept. 5, 2019 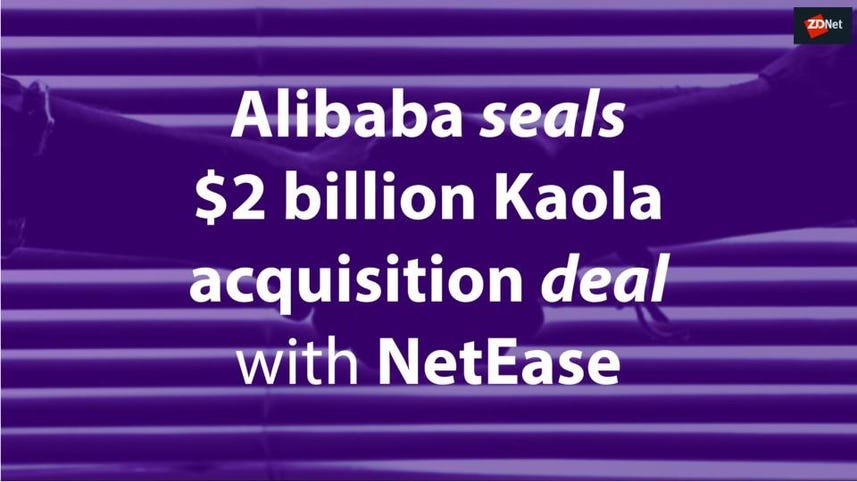 Alibaba has acquired NetEase's import e-commerce platform for $2 billion in a bid to further boost its import service for its Chinese customers.

"Alibaba is confident about the future of China's import e-commerce market, which we believe remains in its infancy with great growth potential. We welcome Kaola to the Alibaba family and value NetEase's contributions in incubating an e-commerce platform with strong import capabilities," Alibaba CEO Daniel Zhang said.

Alibaba said as part of the acquisition, Kaola will continue to operate independently under its current brand, and Tmall Import and Export general manager Alvin Liu will resume the role as Kaola's new CEO.

In addition, Alibaba has entered into an agreement with its private equity subsidiary Yunfeng Capital to invest approximately $700 million in NetEase Cloud Music as part of its latest round of financing.

Subject to certain closing conditions, the investment will still see NetEase remain as the controlling shareholder of NetEase Cloud Music.

Zhang said the investment would be an opportunity to explore "innovative collaboration in the digital entertainment space".

In July, the company announced it was opening Alibaba.com, its B2B e-commerce platform, to US sellers for the first time.

Alibaba has already signed up Office Depot and the global produce company Robinson Fresh as sellers on the marketplace, but it's primarily targeting small businesses.

The move echoes remarks made by Alibaba's Australia and New Zealand managing director Maggie Zhou, who told ZDNet last week that the US-China trade war might be heating up, but the Chinese e-commerce conglomerate is unfazed by it and is optimistic about future world trade.

"Alibaba remains committed to servicing the global economy. Alibaba continues to support those entrepreneurs and small business owners who can deliver high quality products to the growing consumer market in China," she said at the time.

"It is very crucial we break down the barriers that make global trade harder to allow SMEs to be exporters. There's a continued need to do that."

It's part of the company's wider plans to capitalise on Australia's appeal to Chinese consumers.