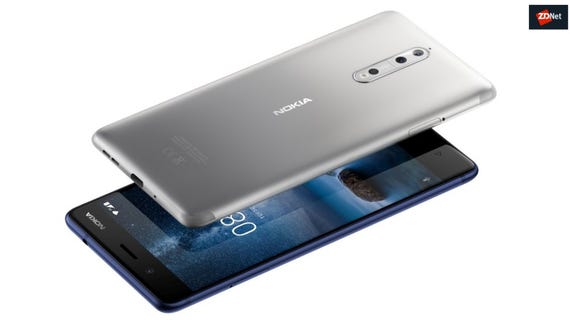 Nokia's 2017 Threat Intelligence Report offers a reminder why it's a good idea to limit app installs to the Google Play Store, even if it's not perfect.

The figures are based on data collected from Nokia's NetGuard, a security product deployed at mobile network operators and used to monitor network traffic from over 100 million devices across North America, Europe, the Middle East, and Asia Pacific, but not India and China.

Nokia also found the proportion of Android devices that were infected per month was on average 0.94 percent this year.

That's slightly higher than Google's estimate in its 2016 Android security review that 0.71 percent of Android devices had "potentially harmfully applications" installed in Q4 2016. Infections fell to 0.05 percent on devices that only install apps from Google Play.

Nokia says the overall mobile device infection rate was 0.68 percent, while the figure was around 0.2 percent for Windows devices connected to mobile networks, either via a dongle or tethered to a phone.

"Google has done an excellent job with Google Play Protect and they're really securing the app infrastructure for the Android devices. The main threat vector for Android phones is trojanized apps. In the Android space Google has tried to address this by doing a good job securing Google Play," the Nokia exec said.

Nokia estimates the number of Android malware samples has grown by 53 percent over the past year though to July 2017. It now has a collection of 16 million samples.

The Marcher Android banking trojan was the third most commonly seen malware, which is usually hidden in fake versions of popular apps, such as Netflix, that are distributed on non-Google app stores.

As Nokia highlights in the report, Google Play only represents four percent of installs in China where the app market is dominated by local players like Tencent, Qihoo 360, Baidu and Xiaomi.

Over a one-minute period the phone had sent two million packets to the manufacturer's web server. The disruption suggested the manufacturer was under a DDoS attack, but Nokia discovered the flood of traffic was due to a flaw in a software update.

"It is significant that a software flaw could cause a single smartphone to generate so much traffic," Nokia notes.

Join Discussion for: Android vs iOS vs Windows: Which suffers...