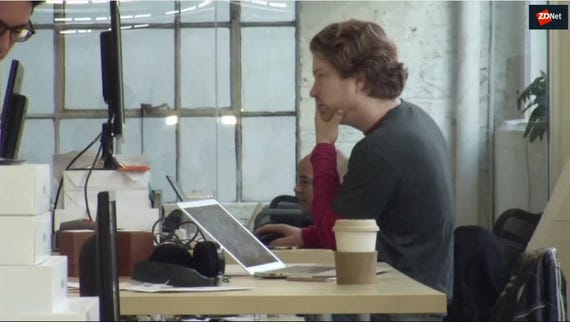 DevOps is the hot topic in 2018: Five reasons why
Watch Now

Red Hat's Ansible Tower, like other DevOps tools, such as Chef and Puppet, makes it much easier to manage your IT infrastructure without the blood, sweat, and tears of manually setting up servers, containers, and clouds. With the latest edition, Ansible Tower 3.3, you can do all that with an improved user interface and scaling, and you can now run it on Red Hat OpenShift Container Platform, Red Hat's Kubernetes container application platform.

Also: Yes, DevOps is all about business growth

Ansible makes it easier to move your resources and applications from platform to platform as needed. In a world where your data and applications are running simultaneously on containers, virtual machines, private and public clouds, this is a must.

As Joe Fitzgerald, Red Hat VP, said in a statement, "As more organizations move toward modernizing their infrastructure, tools that can work seamlessly across environments become a critical part of that equation. Red Hat Ansible Tower can already run anywhere it's needed across hybrid environments and now with the Red Hat OpenShift Container Platform functionality available in Ansible Tower 3.3 we take that a step further by making the platform consumable in more ways for even easier automation across infrastructures."

Also: Why 78% of organizations fail to get DevOps right TechRepublic

Ansible Tower other new features and improvements include:

Ansible's developers says it's "radically simple IT automation platform that makes your applications and systems easier to deploy. Avoid writing scripts or custom code to deploy and update your applications -- automate in a language that approaches plain English, using SSH, with no agents to install on remote systems." They're right.