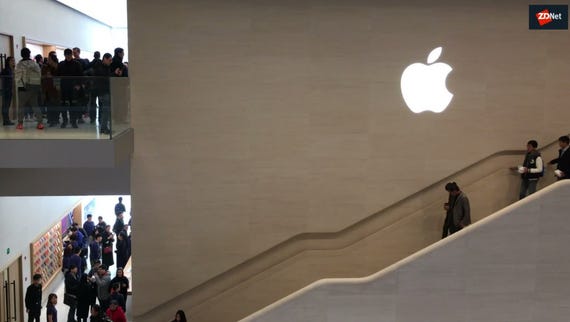 Apple has banned developers from submitting cryptocurrency mining apps designed for the iPhone or iPad.

In an update to Apple's developer policies, the tech giant has now stipulated that any app containing "background processes" which are unrelated to the app -- such as cryptocurrency mining -- are now specifically banned.

"Design your app to use power efficiently," the updated policy states. "Apps should not rapidly drain battery, generate excessive heat, or put unnecessary strain on device resources. Apps, including any third-party advertisements displayed within them, may not run unrelated background processes, such as cryptocurrency mining."

In a policy section dedicated to cryptocurrencies -- such as Bitcoin (BTC), Ethereum (ETH), and Monero (XMR), Apple says that apps may facilitate wallet storage and transactions on approved exchanges.

However, mining for cryptocurrency is only acceptable if "performed off-device," such as in the case of cloud-based mining.

The updated guidelines, posted last week, are found in the Hardware Compatibility and Cryptocurrencies sections of the document.

Apple has reviewed its app developer guidelines following an incident with the Calendar 2 app by Qbix in March.

The company was informed that the iOS app, at the time available in the App Store, was mining cryptocurrency in the background of devices in return for giving users premium features -- however, the opt-out option was broken, as reported by The Verge.

The app was mining for Monero and in some cases would ramp up CPU usage to levels which were clearly noticeable and unacceptable to users.

Calendar 2 was then pulled from the App Store and relaunched without the mining element.

For Apple, changes to the policy may have stemmed what is already a growing issue. Cryptocurrency miners, in themselves, can be lucrative and effective -- but only on the right devices and with the permission of users.

Background cryptocurrency mining processes which operate without user knowledge and without restriction can result in performance degradation and potentially lead to hardware problems if a device's components are being continually overworked -- which, in turn, can be problematic for vendors.

While cryptocurrency miners are still permissible at present in Google Play, Google has banned cryptocurrency and Initial Coin Offering (ICO) adverts due to the scam risk factor. It may be that taking miners out of Android apps will be the next step.

In April, researchers from Kaspersky Labs uncovered multiple malicious cryptocurrency-mining apps in Google Play, some of which have been downloaded over 100,000 times.