With longer battery life the Holy Grail for most hardware manufacturers, Apple could soon be turning to fuel cells to help its devices last for weeks between charges.

While researchers around the world are working on new ways to extend mobile devices' battery life, smartphone makers have tried to tackle the problem with wireless charging - it doesn't solve the longevity problem but it does reduces the dependence on power cords. Laptops too are starting to adopt the tech, with Intel this week showing off its new Skylake processors that support wireless charging. 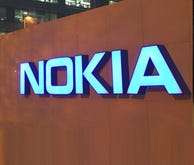 How do you stop your phone's battery being murdered by apps? Just add FACH Nokia's working on a new technology that could curb the amount of data idle apps use, and so make smartphone batteries last longer.

Apple has resisted the wireless charging trend on its iOS devices, but a patent application it filed with the US Patent and Trademark Office this week reveals it is exploring fuel cell batteries that could allow a portable device to last for "days or even weeks" without refuelling.

The patent, Fuel Cell System to Power a Portable Computing Device, describes a fuel cell system for a portable computing device that consists of a fuel cell stack attached to a fuel cartridge, a fan that supplies oxygen to the cell system and cools it, and an internal rechargeable battery.

Diagrams associated with the patent, first reported by AppleInsider, reference a MagSafe connector, suggesting the technology is aimed at MacBooks rather than iPhones.

The system builds on two earlier patent applications from Apple which show a fuel cartridge that plugs into a power module connected to a laptop using a MagSafe connector. One of the earlier patents notes MagSafe could be substituted for a USB connection, or the iPod's 30-pin connector.

However, UK newspaper The Telegraph recently revealed that British firm Intelligent Energy had fitted an iPhone 6 with a hydrogen fuel cell that could last a week before refuelling. The only modification it made was to add rear vents for the cell's water vapour waste to escape.