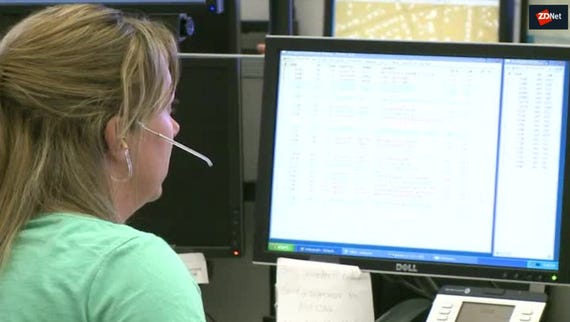 Apple has announced a new feature coming in iOS 12 that will automatically share the location of an iPhone with emergency services when users ring 911.

The iOS 12 feature is aimed at providing faster and more accurate information to first-responders and cutting emergency response times.

Apple says about 80 percent of 911 calls come from mobile devices, but outdated infrastructure makes it difficult for 911 centers to locate a device's location.

Apple launched its HELO or Hybridized Emergency Location system in 2015 as part of its answer to this problem. It uses cell-tower data, GPS, and Wi-Fi access points to estimate a mobile 911 caller's location.

The Wall Street Journal reported in January that AT&T and T-Mobile recently started using Apple's HELO, while Verizon and Sprint were testing a similar system from Google.

Given Apple's firm stance on iPhone user privacy, the company stresses that user location data cannot be used for any non-emergency purpose, and only the 911 center will have access to the user's location during an emergency call.

"Communities rely on 911 centers in an emergency, and we believe they should have the best available technology at their disposal," said Tim Cook, Apple's CEO.

"When every moment counts, these tools will help first responders reach our customers when they most need assistance."

iOS 12 is due out this fall and the combined systems could go a long way to helping carriers meet FCC rules that require them to be able to locate callers within 50 meters at least 80 percent of the time by 2021.

"This will accelerate the deployment of Next Generation 911 for everyone, saving lives and protecting property," said Rob McMullen, president of the National Emergency Number Association, the 911 Association.

Tom Wheeler, former FCC Chairman from 2013 to 2017, said: "Lives will be saved thanks to this effort by Apple and RapidSOS."

A new patent awarded to Apple has technology for the iPhone to send 911 responders to the emergency location.

A new patent application describes using Apple Watch sensors to detect emergencies and summon help when the wearer cannot do so.

The company wants first responders to get to emergencies more quickly.

Join Discussion for: Apple to iPhone owners: 'iOS 12 will auto-share...