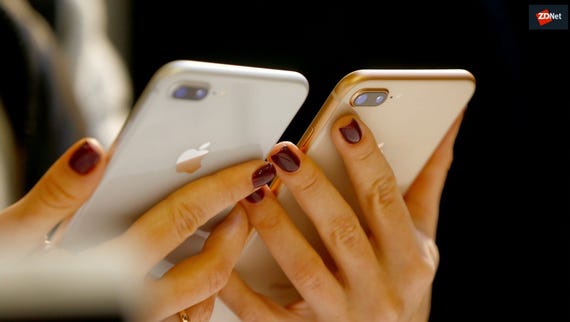 Apple has added a new post to its Machine Learning Journal that explains how it's using differential privacy to protect users, even when collecting very sensitive data such as keystrokes and the sites users visit.

This type of data collection occurs when users opt in to share usage analytics from macOS or iOS, allowing Apple to collect "privatized records".

The system works on the basis that statistical noise can be added to data on the device before it's shared with Apple.

The post, Learning with Privacy at Scale, is Apple's seventh issue in its first volume on the site that goes into detail about its machine-learning projects and how they impact its products. This one offers a deeper dive into its differential privacy framework and serves to reassure users that it's not slurping up extremely private information.

It says its approach to differential privacy on the device allows data to be "randomized before being sent from the device, so the server never sees or receives raw data".

The records arrive at a restricted access server where IP addresses are dropped. Apple says at that point it can't tell if an emoji record and a Safari web domain record come from the same users. Apple then converts the records into aggregate compute statistics that are shared with relevant teams at Apple.

When users opt in to share device analytics, Apple defines a "per-event privacy parameter" and limits the number of records that are transmitted by each user per day.

Apple has what it calls an 'injestor' where metadata such as timestamps of records is removed and the records are grouped by use case. The records are then passed to an 'aggregator' for statistical analysis.

The end result of all this processing is that Apple can now, for example, tell which are the most popular emojis, and in different languages, which in turn helps it improve predictive emoji on the iOS keyboard.

Apple can also identify websites that are energy and memory hogs in Safari on iOS and macOS. Apple's browser can detect these domains and report them to Apple using its differential privacy framework.

The third benefit to Apple is that can discover new words, which help it improve its on-device lexicons and autocorrect.

Deep dive analysis: Apple says it will 'follow the law' wherever it does business. But questions remain over what happens -- and how the company will react -- when the laws fall foul of the company's privacy promises.

Join Discussion for: Apple to iPhone, Mac users: Here's why our...