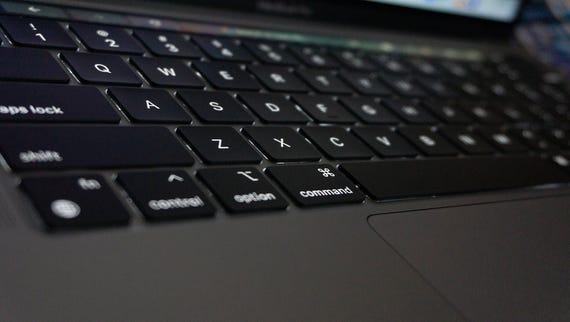 He wanted the best MacBook Pro, but Apple told him he didn't. It didn't go well.
Watch Now

In fraught times, people need tech companies to be their saviors.

Well, these companies always claim they're making the world a better place, aren't they?

And which tech company has made the world a better, prettier place than Apple? (I pause a moment for your reaction.)

Tim Cook and his cohorts have created an atmosphere of such revolutionary excitement that customers expect glorious products and joyous service.

That's not quite what one Apple customer says he found on a recent visit to an Apple store.


My friend Kevin is a bounty of cerebral stimulation and eternal entertainment. He runs his own company and whenever a new iPhone emerges, he orders it in the very first second that the witching hour strikes.

Sometimes, though, he finds the need to go to an Apple store.

On this particular occasion at the end of last year, he was desperate to get hold of a new MacBook Pro. I fear he wanted to match it with a new briefcase he was eyeing. He definitely wanted the MacBook Pro that very day.

Still, he says he walked straight into a Bay Area Apple store and declared: "I want to see the top of the line MacBook Pro. 1 Terabyte, please." You see, he's a decisive sort.

The reaction somewhat floored him. He told me: "The salesperson replied, 'This is an incredibly powerful computer and most people don't need one.'"

Truly, one look at Kevin and you'd know he's not for the faint-hearted. You'd also know he's not faint-minded. He can be firm, bordering on briskly brusque. He's also perfectly au fait with all things technological. His company is in tech.

"I replied, 'I run a large firm and need the processing power,'" he said.

The salesperson didn't appear to process that information well. She responded, according to Kevin: "Well, this is for powerful applications."

Kevin's riposte: "I run a suite of complex software."

Wouldn't you want to pander to him at this point? When a customer knows what they want, feel free to sell it to them. Even if, privately, you think they're posturing.

Kevin's parry: "Video editing, the whole stack. So how much?"

And Then, The Twist. That's That.


This is all, you understand, in Kevin's words. But I can imagine that this encounter wasn't going so well. Which is curious, given that Apple store service is mostly quite deft. Even with the more forthright, demanding customers.

"She pointed to the price on the display," Kevin told me.

"Great! I'll take it," was his response.

At this point, I wondered why Kevin was telling me this story if it ended in a happy transaction.

But then, says Kevin: "She goes through the act of looking it up and then tells me: 'It's not available.'"

He asked whether it might be available at another store.

"Without searching or looking," said Kevin, "She told me, 'Maybe February or March.'"

"That's when I realized that she'd known all along that the model I wanted wasn't available," he said.

The Apple salesperson then, apparently, tried to redeem the situation by offering a QR code to find some sort of expedited delivery. But the tenuous trust between customer and salesperson had been broken.

You may judge Kevin harshly. I do too, on occasion. Surely he should have known that there are supply shortages, especially of extremely desirable products. And we're talking about Apple here, a brand that's in enormous demand.

The Truth Doesn't Hurt. It Soothes.


For Kevin, though, it wasn't the lack of availability. It was the lack of sincerity. He believes the salesperson tried to put him off the Pro he wanted because she knew it wasn't in stock. Further, her technique of, to his eyes, instantly questioning his knowledge and needs wasn't the finest approach to customer service.

Kevin's an intrepid sort. You may remember him getting so frustrated with Verizon's customer service -- or its lack thereof -- that he called Verizon's collections department in order to talk to an actual, helpful human.

The moral of the Apple tale, should you still believe in any kind of morals at all, is not to assume you know your customer with one swift glance.

It's possible they might know what they're talking about, or at least what they want, so please don't feed them nonsense.

Sometimes, the best sale is not to make a sale at all.

Join Discussion for: Apple told him he didn't want the MacBook...