Apple's new version of the 9.7-inch iPad said to be announced in mid-March won't be called the "iPad Air" and will be added to the iPad Pro line instead, according to Mark Gurman of 9to5mac. 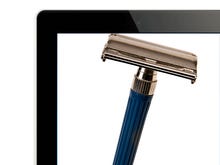 The new 9.7-inch tablet, which will have Apple Pencil capability and a Smart Keyboard, will join the 12.7-inch iPad in the iPad Pro lineup, according to Gurman, who has a stellar track record reporting on the newest Apple products.

The new 9.7-inch iPad due in March is said to feature nearly identical features and specifications as the bigger model, adding the A9X processor, RAM upgrades, and updated display technology for the Apple Pencil that allows users to draw on the screen.

Apple is in desperate need of a new hit in its iPad lineup, as its latest Christmas quarter revealed 16.1 million iPads sold, compared to 21.4 million iPads the year before.

During an early-February company meeting, Cook reportedly said that "he expects iPad revenue growth to return by the end of 2016."

Apple hasn't confirmed its event said to be slated for March 15 . Apple is also expected to announce a new budget version of the iPhone at the event, believed to be called the iPhone 5se