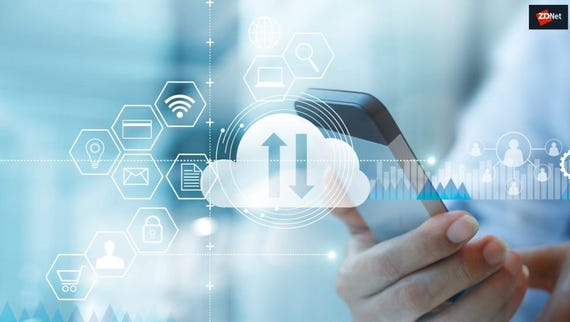 Attorney General William Barr has called on Apple to help the FBI beat the password-protection system used on all iPhones to access data of the gunman accused of shooting three Navy personnel at a base in Florida in December.

Barr said the shooting by Saudi air force trainee Mohammed Saeed Alshamrani was an act of terrorism and that Apple hasn't helped the FBI's investigators access data on the shooter's iPhones.

"We have asked Apple for their help in unlocking the shooter's iPhones. So far Apple has not given us any substantive assistance," said Barr at a press conference.

"This situation perfectly illustrates why it is critical that investigators be able to get access to digital evidence once they have obtained a court order based on probable cause. We call on Apple and other technology companies to help us find a solution so that we can better protect the lives of Americans and prevent future attacks."

The standoff between Apple and US law enforcement over cracking iPhone passcodes is reminiscent of the pressure Apple was under in 2016 to help unlock an iPhone 5C used by the San Bernardino shooter's terror act in December 2015. The FBI reportedly eventually used a vulnerability in iOS 9 to hack the device after Apple refused to provide assistance.

At the time Apple CEO Tim Cook posted an open letter to customers explaining why it couldn't act on the FBI's request to build a custom version of iOS that bypasses built-in security measures.

A key obstacle is that iPhones block passcode attempts after a certain number of wrong guesses, and the delay is increased with more wrong attempts.

As ZDNet reported this month, the FBI had asked Apple to help unlock two iPhones that belonged to Alshamrani, who was shot dead.

The FBI said investigators "are actively engaging in efforts to 'guess' the relevant passcodes but so far have been unsuccessful".

Barr said the FBI had received a warrant to search both iPhones to find out who the shooter was communicating with.

"During the gunfight with first-responders, the shooter disengaged long enough to place one of the phones on the floor and shoot a single round into the device. It also appears the other phone was damaged," said Barr.

"Our experts at the FBI crime lab were able to fix both damaged phones so they are operational. However, both phones are engineered to make it virtually impossible to unlock them without the password. It is very important to know with whom and about what the shooter was communicating before he died."

Apple refutes the claim that it has not provided substantive assistance to the FBI, saying it has provided gigabytes of data to investigators, including iCloud backups.

"We reject the characterization that Apple has not provided substantive assistance in the Pensacola investigation. Our responses to their many requests since the attack have been timely, thorough and are ongoing," Apple said in a statement to Input.

"Within hours of the FBI's first request on December 6, we produced a wide variety of information associated with the investigation. From December 7 through the 14, we received six additional legal requests and in response provided information including iCloud backups, account information and transactional data for multiple accounts.

SEE: Cyber security 101: Protect your privacy from hackers, spies, and the government

Apple added that it only received the subpoena for the second iPhone on January 8 and responded to the FBI's request within hours of receiving it. The company also reiterated its stance on refusing to provide law enforcement backdoors.

"We have always maintained there is no such thing as a backdoor just for the good guys. Backdoors can also be exploited by those who threaten our national security and the data security of our customers," Apple said.

"Today, law enforcement has access to more data than ever before in history, so Americans do not have to choose between weakening encryption and solving investigations. We feel strongly encryption is vital to protecting our country and our users' data."

Join Discussion for: Apple's not helping with shooter's locked...