The relationship between AT&T and the NSA is said to be "highly collaborative," thanks to the company's "extreme willingness to help."
Written by Zack Whittaker, Contributor on Aug. 16, 2015

AT&T is the latest US company said to have worked closely with the National Security Agency to conduct massive domestic and international surveillance.

Newly published documents published Saturday, provided by Edward Snowden in 2013, show the US cellular and telecom giant was in cahoots with the intelligence agency as far back as 1985, a relationship that later intensified following the September 11 terrorist attacks.

The report is long, and there are more than 70 pages to digest.

Here some of the snippets from the ProPublica-New York Times report:

AT&T is "Fairview"? We may never truly know

NSA is codename heavy for a reason: it mitigates damage in case of information leaks. It's long been suspected that US telcos, large and small, have on some level "cooperated" with the NSA, whether willingly or otherwise. There are dozens of codenames for different companies, and collections and programs under which that collected data is filtered and stored.

One of the larger programs is Fairview, which reporters are now saying can be no other than AT&T, based on new evidence that's come to light.

It's also worth noting that former NSA whistleblower William Binney told me in New York some months ago that "Fairview" was AT&T, and "Stormbrew" was Verizon. Another one of these programs, "Oakstar," collects data from companies in eight countries that are not part of the Five Eyes coalition. Binney left the agency in 2001.

Some of these codenames are considered "sensitive compartmented information," meaning even some NSA officials aren't sure who's who. The NSA's partners or collaborators in the private sector remain a huge state secret.

NSA used AT&T to spy on the United Nations

From the report, AT&T "provided technical assistance in carrying out a secret court order permitting the wiretapping of all Internet communications at the United Nations headquarters," which is a customer of AT&T. 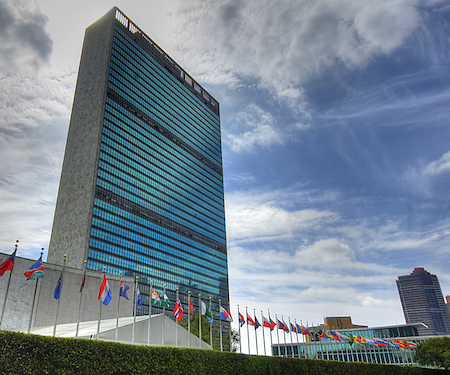 It's not news that the UN, home of the world's governments, were targets for US spies. But how the spying happened is remarkable -- and also quite boring.

How was it done? By targeting the cable flowing in and out of the UN's building. It's a surprisingly easy task with AT&T's help.

The sheer amount of data is staggering

In the first few months after the NSA started collecting on AT&T's networks, the agency took in "400 billion internet metadata records," such as who people were talking to but not what was said.

The Fairview program also started sending back "more than one million emails a day to the keyword selection system" at NSA headquarters in Fort Meade, MD.

By 2011, AT&T began handing "over 1.1 billion domestic cellphone calling records," just months before the tenth anniversary of the September 11 attacks. By 2013, the program was "processing 60 million foreign-to-foreign emails a day" that were flowing over AT&T's domestic network.

"This is a partnership, not a contractual relationship," says one of the documents, referring to the AT&T-NSA relationship as one that's cooperative rather than obligatory.

Telecoms face far greater and stricter regulation than software firms and technology companies. AT&T isn't allowed to comment (and did not comment to The New York Times). In any case, there will very likely be another side to this. We know Verizon was forced to hand over its domestic records, because a court order from the Foreign Intelligence Surveillance Court -- the court that authorizes the government's spying -- showed that. No released documents have shown AT&T was forced to hand over data, but it's not to say that one doesn't exist.

It's unfair to one-sidedly say AT&T was happy about the domestic collection. As a telco, it had no choice and no way to prevent it.

NSA and CISA alert: This phishing scam could give hackers control of your PC