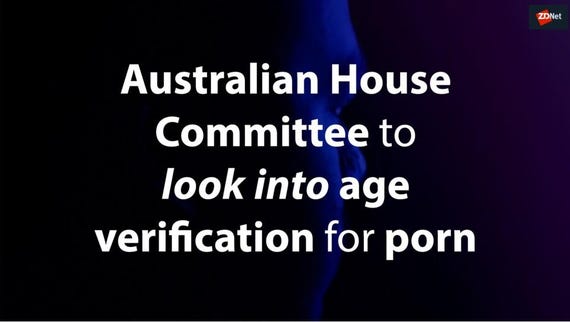 Australia is once again deciding to follow in the tracks of the United Kingdom, with the House of Representatives Standing Committee on Social Policy and Legal Affairs to look into age verification for online pornography and online wagering.

The matter was referred to the committee by the Minister for Families and Social Services, Senator Anne Ruston and Minister for Communications, Cyber Safety, and the Arts, Paul Fletcher.

The terms of reference for the inquiry state that it will be looking into age verification under the auspices of protecting children online.

The committee will look into "the potential benefits of further online age verification requirements, including to protect children from potential harm, and business and non-government organisations from reputation, operational and legal risks," the terms state.

Potential risks and unintended consequences for age verification will be looked into as well, the terms state, including privacy breaches, freedom of expression, false assurance, and whether adults are pushing into "unregulated/illegal environments or to other legal forms of these activities".

The committee will also examine the economic impact of age verification, and the impact on "eSafety resourcing, education, and messaging".

Ironically for a country tearing itself apart over how to leave Europe, the shelving was due to a failure to comply with EU standards.

The committee is due to report back by October 25, and is accepting submissions.

Australia's contentious encryption laws were based on the UK's snoopers' charter.

The Australian government is currently attempting to get legislation passed that would expand the use of the cashless welfare card.

Opinion: The irony is strong in enforcing ID verification laws when the government fails to implement its own legal checks.

Google to clamp down on Incognito Mode detection

One of the industry's best security tools gives a hand to frazzled parents.

Join Discussion for: Australian House Committee to look into age...