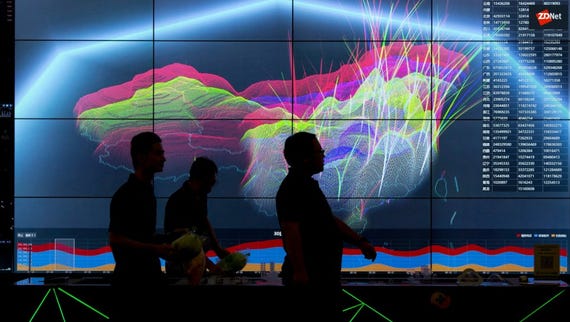 It was expected, sooner or later.

On Wednesday, the UK government confirmed that an age check and ID verification scheme will come into effect for pornographic websites on 15 July.

The British Board of Film Classification (BBFC), the regulator for film ratings in the UK, is overseeing the effort.

Failure to comply may result in Internet Service Providers (ISPs) being forced to block pornography providers entirely and the government has also threatened the potential loss of payment services, figuring that hitting commercial websites in the wallet would bring the lesson home.

The BBFC told ZDNet that in these cases, the organization would "request that they [search engines and payment providers] withdraw services to a non-compliant website." (In other words, they cannot force the issue but rather make a request).

The UK Department for Digital, Culture, Media & Sport said that such checks will be "vigorous" and simply ticking a birthday box will not be enough.

Websites impacted by the new rule must have one-third or more of its content dedicated to pornography, so forums and generic content-sharing platforms -- such as Reddit, Imgur, and Gfycat -- are free from the new rules and can be perused at leisure for pornography links. Non-commercial and artistic websites are also exempt.

Government officials may think that implementing a geoblock and connected ID verification check on pornography websites is a way to protect kids, but in reality, the teenagers who are meant to be "protected" against this material are the same ones which have grown up with such technologies their entire lives and are, in many cases, far more familiar with technology than our lawmakers appear to be.

People my age had brick telephones which could survive an apocalypse and remember the outraged roar of our parents as we used dial-up and subsequently clogged the phone line.

Today's kids have been able to access whatever content they wish on YouTube from the toddler stage; they set up and run their own social media channels, the same kids provide IT support for their folks; and these are the same ones that have grown up with the wide-open gate of the internet, smartphones, tablets, and high-speed broadband.

They are not going to be stopped by an ill-thought-out, location-based verification check which can be bypassed in a few clicks.

CNET: On Data Privacy Day, here's a reminder that you have none

This scheme will not make the UK the "safest place in the world to be online," as Minister for Digital Margot James has proclaimed.

It will, instead, backfire and teach the UK's kids the early joys of VPNs, the means to circumvent surveillance and enter the Internet underworld through Tor, and will introduce them rapidly to the concept of censorship -- as well as how to avoid it. (Given the UK's click-a-link terrorism prosecution goals, this may not be a bad thing for the future workforce.)

Pornography, too, is fantasy and does not generally reflect what otherwise occurs in many healthy relationships and can give young adults the wrong idea. But pretending it doesn't exist or restricting access to it doesn't help those who will access it given the mind to.

If you truly want to protect kids, you give them the knowledge required to cope with living in a digital world. You don't have to explain every facet of online pornography but you should make it clear what is fantasy, what is acted, and what generally happens in reality.

Our society is not PG rated. Sex sells everything from beauty products to house equity release, it's plastered on our magazines, in adverts, and down the high street.

The wish to protect UK kids -- with between a third and a half having sex before they reach 16 -- from adult content is admirable, but not achievable.

If your average consumer now begins to use a VPN to access pornography rather than hand over their personal details and give vendors a record of their pornographic interests and ID -- sent with a prayer that the vendor will never become a victim of a data breach -- ISP blockages will not even be noticed.

The UK government wants to be seen to be doing something about the over-sexualization of young kids, as well as the impact social media and the web at large has on their lives and mental well-being.

But wrapping up the present of censorship in a safety bow, proclaiming that blocks -- and not innovation -- make the UK a world leader in internet safety, is simply wrong.

Protecting children through other means, such as frank discussions with parents, improved and realistic sex education in schools, and kid-friendly content such as the UK police forces' brilliant explainer on consent via cups of tea is where we should be spending our time, money, and energy.

The announcement was also keen to emphasize the results of a recent study (.PDF) conducted by YouGov for the BBFC which proclaims that "88 percent of parents with children aged 7-17 agree there should be robust age-verification controls in place to stop children seeing pornography online."

The sample size was 6339 adults, of which 996 are parents of 7 to 17-year-olds. However, 878 parents across the breadth of the UK does not a country-wide opinion make.

The adoption of these checks may be one small step taken on a longer path to censorship in the United Kingdom. You have to wonder whether VPN blocks, proposed in the name of child safety, will be the next step.

The UK's government is the author of the famous Snooper's Charter, and so such a future is not unrealistic. However, it does have far more implications for general security, privacy, and freedom of expression.

What do you think? Let us know in the comments below.