Two Australian universities teamed up to apply artificial intelligence to map the loss of crucial coastal environments around the world.
Written by Campbell Kwan, Journalist on Dec. 19, 2018 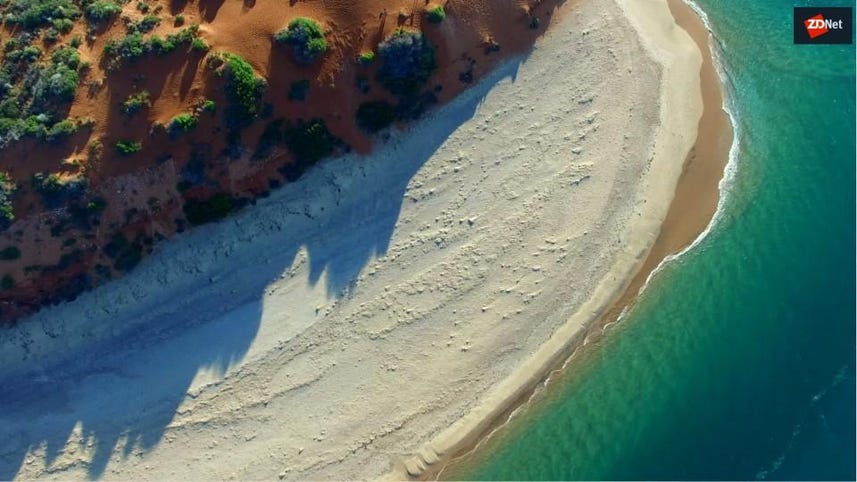 In a recent study, the University of New South Wales (UNSW) and University of Queensland (UQ) used artificial intelligence (AI) to discover global foreshore environments -- the parts of the shore between water and occupied land -- have shrunk in size by up to 16 percent over the past 30 years.

Using machine learning, the universities analysed over 700,000 satellite images to map these changes to foreshore environments.

The mapping process required nearly one million hours of computation and the use of 22,000 machines via the Google Earth Engine, and was conducted alongside Google and the Australian Institute of Marine Science.

Professor Richard Fuller, from UQ's school of biological sciences, said the mapping of these tidal flats is important as they protect more than 625 million people around the world from storms and sea level rises.

"Our research will have significant international benefits, with more than 1.4 billion people expected to live in coastal areas by 2060," he said.

See: Does AI have the solution to climate change and human trafficking?

The reduction of these environments -- which includes mudflats, sandflats, or wide rocky reef platforms -- is the byproduct of coastal development and climate change, according to UNSW biological, earth, and environmental sciences research associate Dr Nick Murray.

Due to these two phenomena, according to the study, there has been alarming losses of mangrove, coral reef, seagrass, kelp forest, and coastal marsh ecosystems.

"Our analysis showed that in places like China, where coastal developments in the intertidal zone have been occurring for decades, extensive losses of tidal flats have occurred," Murray explained.

"Meanwhile, sea level rise has been shown to cause the loss of tidal flat ecosystems, particularly where they cannot migrate naturally to accommodate changing sea levels."

As the effects of climate change continue to unfurl, the universities said the findings will lay groundwork for future global coastal monitoring systems used for international conservation and sustainable development purposes.

"A system like this could enable scientists, governments and the wider community to take stock of the services that coastal ecosystems provide," Murray said.

The study's dataset is available on the app Intertidal Change Explorer.

In October, the United Nation's Intergovernmental Panel on Climate Change reported with "high confidence" that global temperatures will increase by 1.5 degrees C between 2030 and 2052 which will cause irreversible damage and increase climate-related risks to health, livelihood, food security, water supply, human security, and economic growth.

To win in the age of the customer, firms must assess and act on risks and opportunities that will arise as a result of climate change.

How self-driving tractors, AI, and precision agriculture will save us from the impending food crisis (TechRepublic)

Go inside the race to feed the 9 billion people who will inhabit planet earth in 2050. See how John Deere and others are working to change the equation before it's too late.

Climate change is perhaps the biggest big data problem around. Microsoft's solution is to deploy AI technology and it has made a $50 million strategic commitment to do just that.