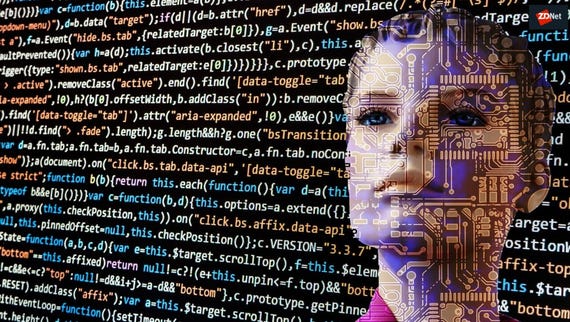 Video: One in four employees using AI at work: Survey

When a company disrupts the traditional approach to AI solutions, it is worthwhile taking note -- especially when the overall outcome is the betterment of humanity.

Until now, citizenship has been defined by one's place of birth, family lineage, or access to resources to get somewhere else. Now, a new country that has no territory will offer citizenship to people from anywhere in the world.

Also: What is artificial general intelligence?

This country is chosen by its citizens because they share its values and want to help it achieve its aims.

And AI will help to change the way countries co-operate and collaborate.

New York-based Good Country is a virtual country that has been created for the betterment of all humanity. It is challenging the way we organize as citizens -- encouraging a humanity-first approach instead of country-first one, in order to help the world work together more collaboratively.

It has partnered with New York-based AI-driven research platform Remesh and intends to reinvent the way organizations conduct research.

Remesh utilizes AI and natural language processing to determine the collective opinion of crowds. The software platform allows the Good Country to engage with citizens via a real-time chat interface.

The AI platform will be able to analyze, understand, and segment audience responses as they happen. Good Country will be able to draw out high-impact insights and the answers vital to succeed.

Good Country says that it is the first country in history that has been created expressly for the benefit of all humanity and for the whole planet. It will form a virtual country that has been designed to make the world work better.

Its goal is to connect 700 million people around the world to change problems like climate change, pandemics, migration, human trafficking, terrorism, and economic chaos, which are all increasing because of globalization.

It says that most of the world's problems are symptoms of a bigger, underlying problem -- we have not yet worked out how to organise ourselves as a single species inhabiting a single planet.

The technology will enable the Good Country to stay attuned to the will of its population and potentially erase the need for traditional voting methods.

The partnership will launch a new model for civic participation, allowing enrolled citizens from around the globe to shape the world in which they live.

It intends to do this by bringing collaboration and innovation across the international community -- modeling collaborative approaches to policy-making and encouraging other countries to do so.

"Because Good Country citizens come from all around the world, it is critical that we create a range of spaces to foster community, both online and in-person."

Remesh meets one of our most complex needs by offering a platform where citizens can come together, exchange ideas, and collectively decide what issues the country will address and what actions it will perform."

"Remesh's thesis is that the world can be improved by injecting the truth of what people care about into organizational systems that make high impact decisions.

Good Country's focus on engineering an organization which puts its citizens and the truth of what they care about at the center of its approach makes them the perfect partner."

Revolutionizing citizen engagement is a hot topic in these uncertain times. Good Company is hoping to change the ways countries co-mingle, and while it may need some more time to work out how the US will do anything positive with another country in the next few years, staying attuned to the will of its population is key.

Also: Three out of four believe that AI applications are the next mega trend

Allowing people from around the globe to shape the world in which they live. Enabling the technology needed to and potentially erase out-dated voting methods altogether would change the political landscape of the world. Which might be better for everyone.

If you are unhappy taking orders from your human boss, you might be more inclined to take orders from robots, according to a new survey.

Will smart vending machines replace the IT service desk?

Smart vending machines are giving employees instant access to the supplies they need -- when they need it. But will it solve the hardware administrative headaches for IT?