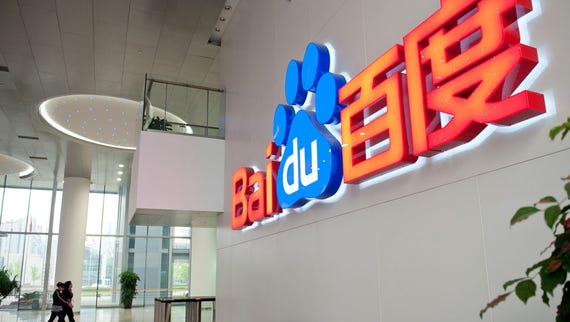 Baidu will use some Microsoft Azure services as part of its self-driving car efforts outside of China.

Baidu announced in early July that it was working with Microsoft on its open source self-driving car platform, but it declined to provide many specifics beyond that it involved the "Microsoft Cloud" in some way. Baidu took the wraps off its Apollo autonomous-driving platform in April this year and said its partners would be able to begin using it in July 2017.

On July 18, Microsoft issued its own press release, which offered an additional details on its involvement with Baidu and Apollo.

The press release also mentions Baidu will be "using Azure" outside of China, and that Microsoft will be "applying our global cloud AI, machine learning and deep neural network capabilities to that data" in helping make autonomous vehicles safer.

Just a reminder: Microsoft shifted gears in the automotive market a year ago. Instead of trying to convince car makers to embed Windows in cars, Microsoft is now focusing on cloud-connected car scenarios via its "Microsoft Connected Vehicle" strategy.

Microsoft is now aiming to get more vehicles to use Microsoft cloud services, like Office 365 and Azure, rather than continuing to try to get Windows itself inside cars via "Windows Automotive" or some other embedded Windows variant.

Renault-Nissan, BMW, and Volvo have all announced various partnerships with Microsoft for its connected-car services.

Qi Lu, who previously was head of Microsoft's Applications and Services Group, is currently Baidu's president and chief operating officer.

Germany to digitise autobahn, ready for self-driving car tests The German Ministry of Transport is paving the way for autonomous cars to hit one freeway with both dedicated and mixed lanes.
Microsoft | Digital Transformation | Innovation
Show Comments
LOG IN TO COMMENT
| Community Guidelines

Join Discussion for: Baidu will use Microsoft Azure services for...